Home » Soccer » Leroy Rosenior: Saying nothing in the face of discrimination creates a void

Leroy Rosenior has stressed the vital importance of speaking out when bearing witness to issues of discrimination.

The former QPR, Fulham and West Ham striker recalls his own experiences of racism in an emotional interview with Sky, who recently announced a three-year partnership with anti-racism group Kick It Out.

Rosenior also spoke about his relationship with Justin Fashanu, who committed suicide in May 1998 at the age of 37 after being accused of sexual assault while working in the United States.

Fashanu had come out as gay in 1990 and Rosenior said his own failure to speak out when Fashanu had experienced prejudices had allowed the homophobia he experienced to grow. 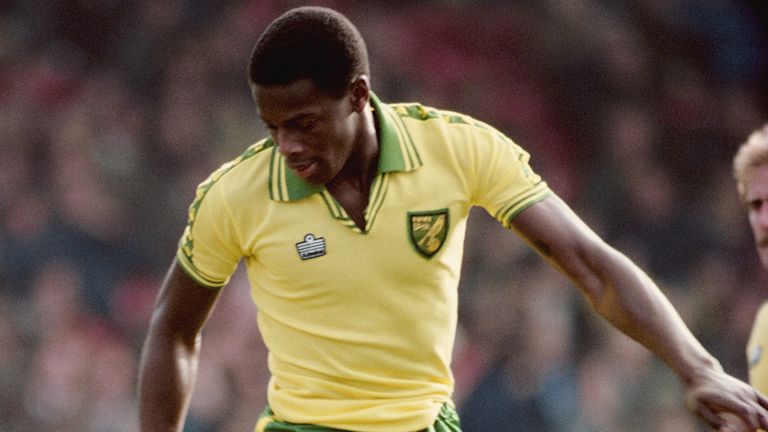 “One of my heroes was Justin Fashanu and everyone in the game knew that he was gay,” said Rosenior, who has been giving workshops on behalf of the Show Racism The Red Card charity for 16 years and is vice-president and an ambassador.

“After the games, we’d all go and sit in the big bath and when Justin got in a couple of guys, who were good guys by the way, got up and walked out.

“I knew why they’d got up and walked out and so did Justin and I didn’t know what to say. Maybe I could’ve said to them not to be so ridiculous and that Justin wouldn’t fancy them because they were ugly, just something to break the ice.

“The next thing I heard about Justin was about nine years later when he hung himself and I thought back to that moment.

“Lots of people will say they’re not racist and I’m certainly not homophobic but because I said nothing, I left that void of homophobia to grow.”

The vast majority of Rosenior’s playing career was during the 1980s, a time during which he experienced several extreme incidents of racism at close quarters.

His 1985 debut appearance for Queens Park Rangers was no different and the abuse was so severe, it stopped his three older sisters from watching him play again.

“When you came off the pitch at Portsmouth, you had to go down some steps and one time there was this boy there who was about nine or 10 and he spat on me,” he said.

“The adult with him, I assume it was his father, laughed, and then all of the people in that part of the ground laughed too.

“My team-mates got really angry and really upset because someone had spat on me. They didn’t get angry about the monkey chants and the Nazi salutes or when bananas were thrown at me.

“My sisters looked after me every step of the way but they came to my first game at QPR and I scored the winning goal. I walked into the players’ lounge and I was absolutely buzzing. People were coming up to me and getting autographs.

“My sisters said to me that throughout the game there was a guy behind them was giving me racist abuse all game – ‘you black this, you black that.’

“And he was the first person who had come up to me to ask me for my autograph. From that day on, I never let my sisters come and watch me play.”

The £1,000,000 returns for Boxing Day. Enter your predictions for free and you could become a millionaire!

Related posts:
Basketball News:
Conor McGregor vs. Dustin Poirier 2 PPV price: How much does it cost to watch UFC 257 on ESPN?
Roman Abramovich hatches fresh Chelsea plan amid Frank Lampard sack claims
UFC 257 viewers guide: It’s time to see how amazing Conor McGregor can be
MLB News:
Ravens inform RB Mark Ingram he will be released
Tom Brady vs. Aaron Rodgers gives Bucs-Packers chance to be best NFC title game ever
NFL releases schedule for 2020 conference championship games
Recent Posts
This website uses cookies to improve your user experience and to provide you with advertisements that are relevant to your interests. By continuing to browse the site you are agreeing to our use of cookies.Ok