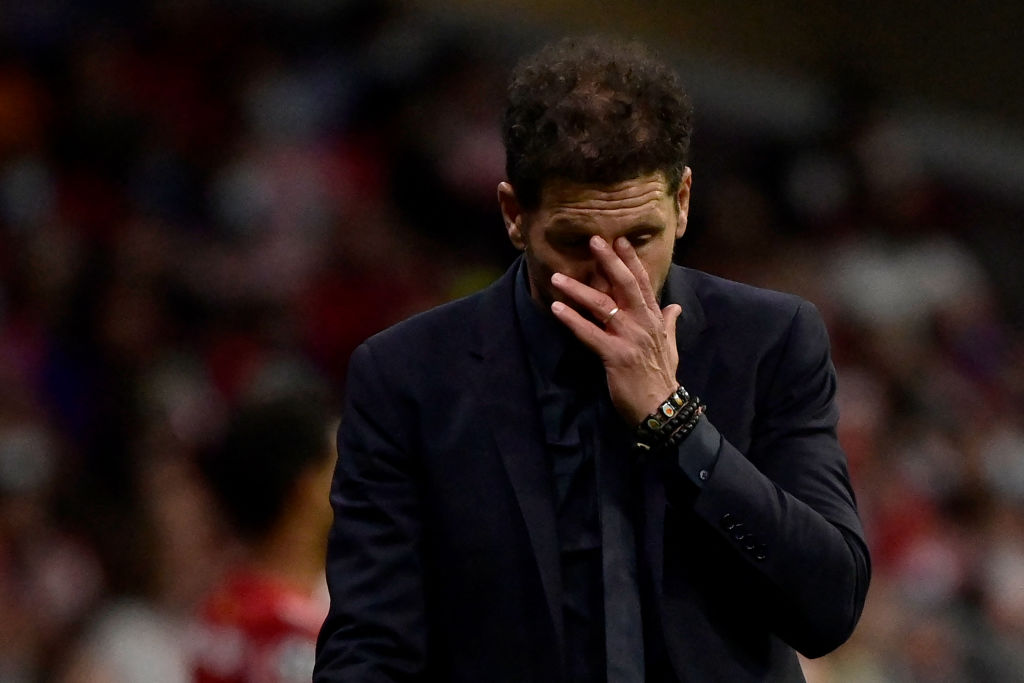 Peter Crouch and Joleon Lescott blasted Atletico Madrid manager Diego Simeone for refusing to shake hands with Jurgen Klopp after his side’s 3-2 defeat to Liverpool in the Champions League.

Liverpool got off to a blistering start on a night of high drama at the Wanda Metropolitano, with Mohamed Salah and Naby Keita scoring to give the visitors a two-goal lead inside the opening 15 minutes.

Atleti drew level in the Group B clash thanks to a quickfire brace from Antoine Griezmann, but the Frenchman was sent off for a high foot on Roberto Firmino shortly after half-time which swung the momentum back in Liverpool’s favour.

The pressure soon told as Mario Hermoso floored Diogo Jota with a clumsy foul inside the box in the 78th minute and Salah stepped up to score his second of the evening, securing the Reds a massively important win.

The result saw Liverpool go five points clear of the La Liga champions at the top of the group.

However, Simeone’s extraordinary behaviour at full-time was the hot topic of conversation in the BT Sport studio shortly after the final whistle.

‘But then to not shake his hand and run off up the tunnel, it was cowardly in my opinion.’