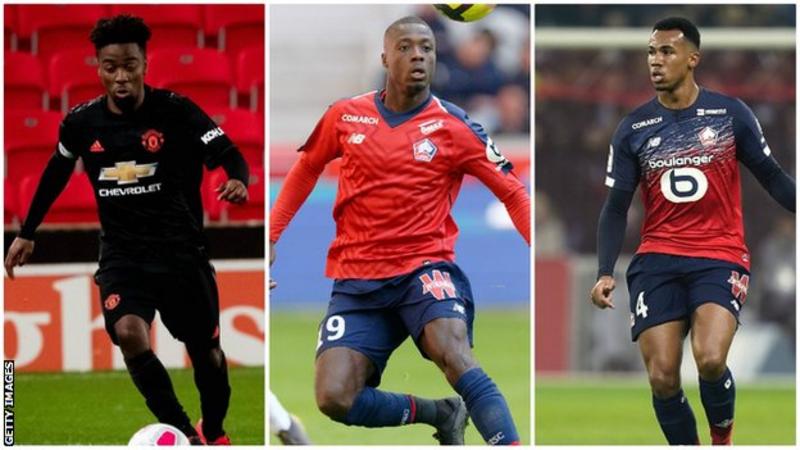 They are the club who discovered Eden Hazard, sold Nicolas Pepe for £72m and tempted Angel Gomes to sign from Manchester United.

Ligue 1 side Lille have become masters at developing young talents before selling them on for a huge profit – and Brazilian defender Gabriel, a target for Premier League clubs in this transfer window, is likely to be next.

But what is the secret behind their success?

“We are a destination that young players love,” owner Gerard Lopez told BBC World Service’s World Football. “They know we are going to trust youth.

“Last year we played with the youngest squad in the Champions League, so it’s an attractive destination for a young player.”

Some of the game’s most high-profile players spent their formative years at the Stade Pierre-Mauroy, including Real Madrid forward Hazard, who joined the club’s academy aged 14 in 2005, joining Chelsea for £32m seven years later.

More talent has been developed since Lopez took over the club at the start of 2017.

Ivory Coast international Pepe signed from Angers in 2017 for 10m euros (£9m) before joining Arsenal for £72m last summer. In July, Nigeria forward Victor Osimhen joined Napoli for an initial 70m euros (£63.3m) only a year after signing from Belgian side Charleroi for less than a third of that fee.

Lille have used some of the money from the Osimhen deal to buy 20-year-old Canada forward Jonathan David from Gent, another Belgian club, for a club-record fee, reportedly 30m euros (£27.1m).

The club also persuaded England Under-20 midfielder Gomes to move from Old Trafford on a free transfer before joining Portuguese side Boavista on a season-long loan.

Such recruitment has translated into on-pitch progress.

They had not won a major trophy in 56 years when Hazard helped them to the French league and cup double in 2011.

They have finished outside the top eight just twice in eight years since, including finishing runners-up in 2019.

‘He will call me up, literally out of nowhere’

The man behind much of their recent transfer success is sporting director Luis Campos.

The 55-year-old joined the club in 2017 after a successful spell at Monaco, where he signed Fabinho, Anthony Martial and Bernardo Silva.

“He [Campos] will call me up, literally out of nowhere,” added Lopez, a former owner of Formula 1’s Lotus F1 team (now Renault). “He can be in Chile and then he calls me two days later and he’s in the Czech Republic, and he tells me ‘we gotta get this kid’.

“Everyone knows that Messi is good, or Ronaldo, or Dybala. We find players that people haven’t seen.

“We are never going to be Real Madrid or Barcelona. So you have got to find your spot, identify where your strength is – and ours from day one was to say ‘we know for the big, big talent, we aren’t an ending club’.

“We need to be able to spot talent early on so we don’t have to spend 60m or 70m euros on a player we spent 20m on and that is fundamental.”

Defender Gabriel, who joined from Brazilian side Avai in 2017, is set to be the next big-money departure.

The 22-year-old has been linked with a £30m move to Everton, Arsenal and Napoli.

“Gabriel is young, extremely powerful, currently right now probably one of the two most dominant central defenders in the French league,” said Lopez.

“The way we work is very simple. We explain to him and his environment, his agent, what we are looking for, and once we get those offers the choice is his, like we did with Nico [Pepe] and Victor [Oshimen].

“We are there now, so we told him: ‘Eventually you have to make a decision but we’re not pressing you.’ I think he will make it this week, or next week at the latest. He is leaving, we’ve given the OK for that.

“There’s a lot of competition. He’s a young player so he’s got to make sure he makes the right decision. We help him out a little bit so we tell him: ‘We think this might be the right manager or club for you.’

“He’s got so much talent, he will succeed wherever he goes.”