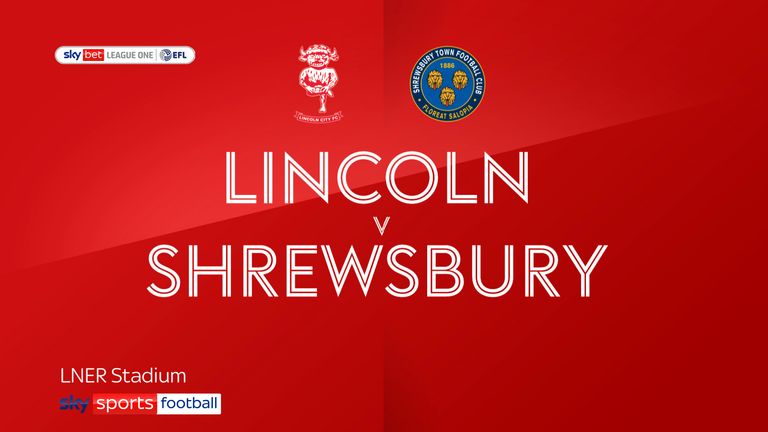 Resurgent Shrewsbury claimed their second top-two scalp in four days following up Saturday’s victory over Sky Bet League One leaders Hull with a 1-0 win at Lincoln.

It took until the 23rd minute for either side to have a shot at goal, with Charlie Daniels’ effort from the edge of the box easily gathered by City goalkeeper Alex Palmer.

Shrewsbury took the lead seven minutes before the break. Lewis Montsma ran into trouble on the edge of his own box, with Whalley nicking the ball off the dithering Imps defender then taking his time before slotting the ball past Palmer.

It took until first-half stoppage-time for Lincoln to have their first effort on goal, with Montsma’s close-range effort from Jorge Grant’s corner being superbly kept out by Matija Sarkic.

Just before the hour mark, City midfielder Remy Howarth’s first-time shot struck the base of a post.

Daniels saw a free-kick saved low down by Palmer before Brennan Johnson slammed an effort into the side netting at the other end.

Lincoln finally pressed the urgency button, laying siege to the Shrewsbury goal for the final half-hour but barely creating a worthwhile chance as the visitors grimly hung on.