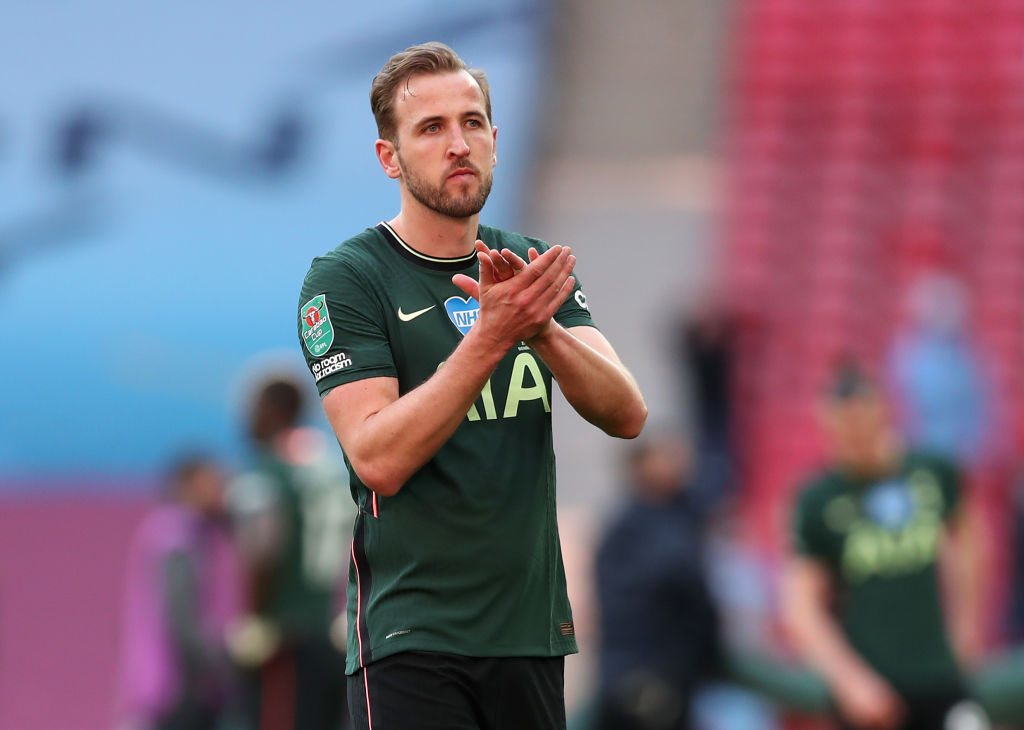 Gary Lineker has ruled Chelsea out of the running to sign Tottenham striker Harry Kane.

The 27-year-old has intimated his desire to leave Spurs this summer and has urged Daniel Levy to listen to offers for him.

Kane has already attracted attention from Manchester United, Manchester City and Chelsea, with Thomas Tuchel’s side said to be the most willing to meet Spurs’ £150m asking price.

However, Chelsea’s rivalry with Spurs means Levy is extremely unlikely to sell to the Blues, while Kane knows a move to Stamford Bridge risks tainting his legacy with Tottenham supporters.

That leaves the Manchester giants in the Premier League as Kane’s most likely destinations in England but Lineker believes Paris Saint-Germain are also in the mix given Mauricio Pochettino is at the helm.

I think that it would be worrying [to see him dominate the league if he joins Manchester City],” Lineker told Goal.

‘I would love to see him at Barcelona but they are going for [Sergio] Aguero and are short on cash at the moment. I think it is between Manchester City, Manchester United and maybe PSG.

‘They have [Mauricio] Pochettino and he would win things, guaranteed.

‘I think it is more likely that one of the Manchester clubs can afford him outside of Chelsea. I don’t think he would go to Chelsea and do that to the Tottenham fans but who knows?’

Kane’s departure would be a huge blow to Spurs but few supporters are holding his desire to leave against him.

The striker is yet to win silverware in north London and Lineker says supporters shouldn’t ‘begrudge’ him moving on elsewhere.

‘I don’t think even the Tottenham fans would begrudge him moving now. He has given the club everything for a long time. They’ve not won anything with him which is a shame and it is a tough time for Tottenham,’ said Lineker.

‘They are managerless in the realist sense of the world and could well lose their best player. For Harry, he needs to go and he wants to compete for major trophies, who wouldn’t? I was in a similar position myself at Leicester.

‘I was in the team at the club I supported all my life, but there comes a point where you have to put your career first. I doubt he will leave before the Euros because, with [Spurs chairman] Daniel Levy, it could take a while.’