Lionel Messi has reacted to Barcelona’s sensational Copa del Rey win over Sevilla on Wednesday night. The Catalan giants went into the match against Julen Lopetegui’s side 3-0 down from the first leg. But they mounted a fine comeback to make the final of the competition.

Barcelona were outplayed by Sevilla in the first leg.

Goals from Jules Kounde and Ivan Rakitic gave Lopetegui’s side a 2-0 win, leaving their La Liga counterparts with plenty of work to do.

But Barcelona produced a remarkable comeback to make the final.

Ousmane Dembele got the ball rolling in the 12th minute, with the France international finding the net for the second game in a row.

Marc-Andre Ter Stegen then saved a penalty from Lucas Ocampos, in an act that ultimately turned the tie on its head. 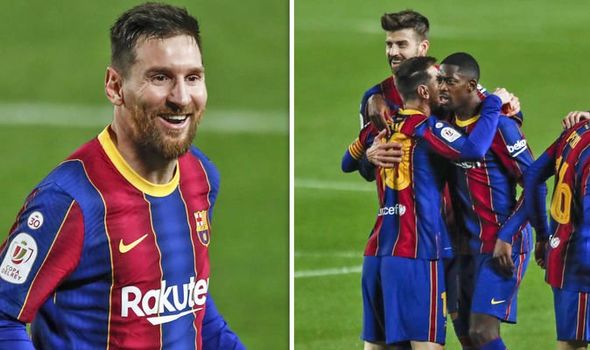 And Ronald Koeman’s team secured victory through Martin Braithwaite, who struck when it matters most.

It was a crucial night for Barcelona and, after the game, Messi reacted to the victory on social media by sharing an image of himself after the game smiling.

The Argentina international wasn’t able to score or assist against Sevilla – and did pick up a yellow card for the second game on the trot.

But it was a significant night for Barcelona, who will face either Levante or Athletic Bilbao in the final. 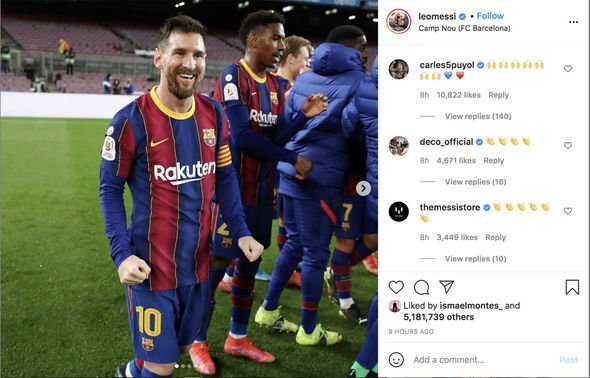 Koeman was thrilled after the game, hailing Pique and Ter Stegen and admitting he felt Barcelona ‘deserved’ the win on the night.

“Gerard has shown a great game today and that he is one of the leaders of the team,” said the Dutchman, whose side are in resurgent form.

“He has defended very well. He is doing very well up front and has been a great centre.

“He has scored at a very important moment. The team has been phenomenal, it is not It is only fair to single out one player. The whole team is to be proud of.”

On Ter Stegen, he added: “Of course it has been decisive. 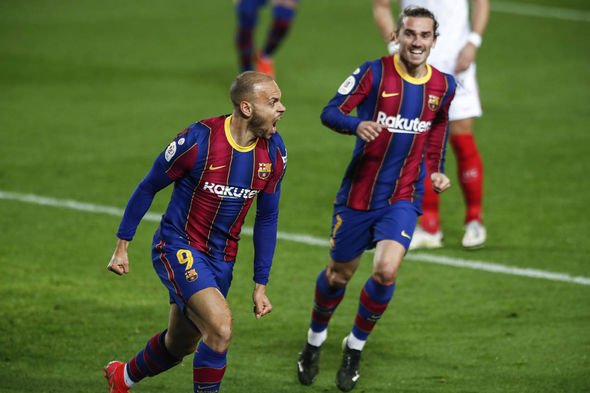 “If they draw, I think scoring three goals against a team like Sevilla in the time that remained is very complicated.

“Marc is a great goalkeeper and knows how to save penalties. I had confidence in him because he saved more.”

“There are always moments when you think on the contrary, how they are going to come,” the Dutchman continued.

“We repeated the system because we played a great game there on Saturday, we didn’t make changes.

“We tried to push like on Saturday and I think the team was phenomenal.

“I think the first thing is that the team deserves it. For their work, their honesty. We have improved many things without the ball. 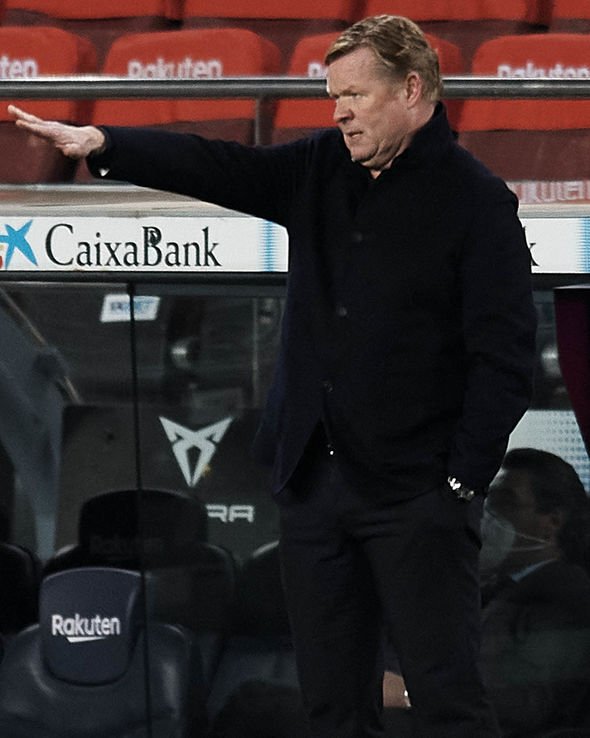 “We are much more aggressive. I am proud. It is an important moment for the team and for me too.

“It was a match in which we experienced the most cruel part of football,” he said.

“We arrived with one less and they should also have had one less. It’s a shame.

“A lot of things happened to us, we had injuries, we conceded a goal on the first shot … We didn’t break down and we had the options to qualify. It wasn’t like that and we’re disappointed.”