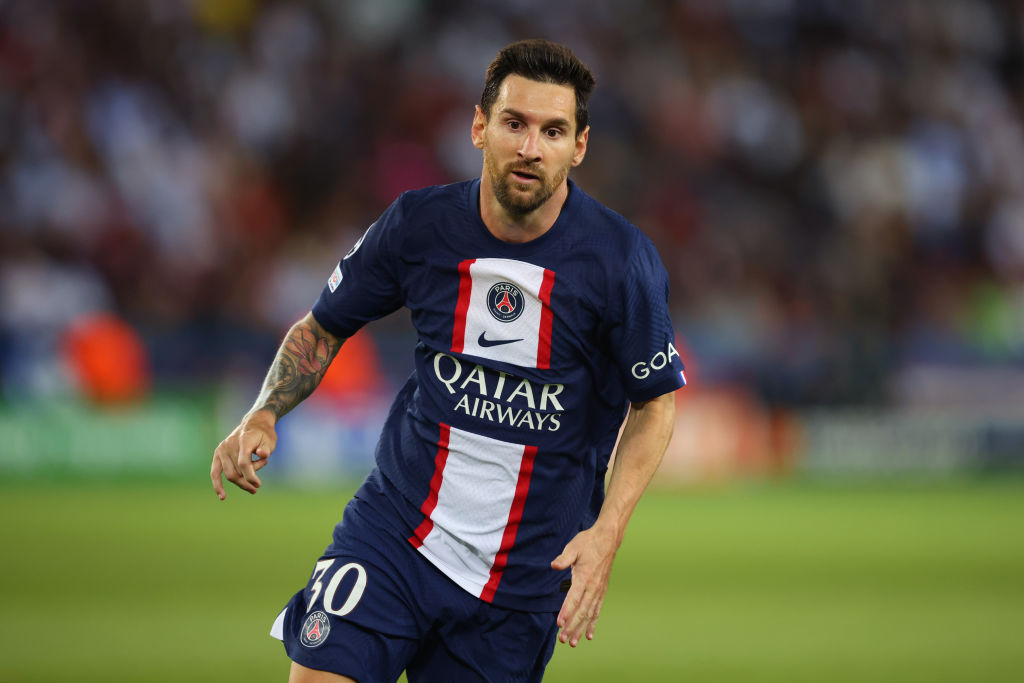 Lionel Messi has written his name into the history books yet again after netting the 126th Champions League goal of his career on Wednesday night.

The 35-year-old scored for Paris Saint-Germain at Maccabi Haifa, which edges him closer to Cristiano Ronaldo’s record of 140 goals in the competition, with Messi still second on that list.

However, the Argentine has moved past his old rival in one ranking, now scoring against a record 39 different opponents in the Champions League.

Messi had previously been level with Ronaldo in that standing on 38, with Real Madrid’s Karim Benzema their closest competition on 34.

Benzema was sharing another record with Messi before Wednesday night, but the the former Barcelona man has taken it for himself as well.

Both Benzema and Messi had scored in 17 consecutive seasons in the Champions League, but now the PSG forward is the first player ever to net in the competition in 18 campaigns on the spin.

Ronaldo is only just behind those two on 16, but he is set to lose that run this season with Manchester United playing in the Europa League.

Ronaldo is still holding onto a couple of records that Messi could beat but has some work to do.

The Portuguese icon has played the most Champions League games, 187, and recorded the most assists in the competition, 42.

Messi is behind on appearances, on 158, with Iker Casillas also ahead of him on 181. While he is second in assists, five behind Ronaldo on 37.