Lionel Messi wants Barcelona to sign Neymar or Lautaro Martinez this summer. The Spanish giants have been linked with the PSG and Inter Milan stars ahead of the summer transfer window. Neymar has been tipped to quit PSG for a return to the Nou Camp.

The Brazilian tried to force through the transfer last summer, however, the funds were not available to complete the deal.

Martinez, meanwhile, is seen as Luis Suarez’s long-term replacement at the Nou Camp.

The Inter Milan ace, 22, has netted 16 goals in all competitions for the Italian giants this season.

And according to Bleacher Report, Messi is keen for Barcelona to sign Neymar or Martinez this summer. 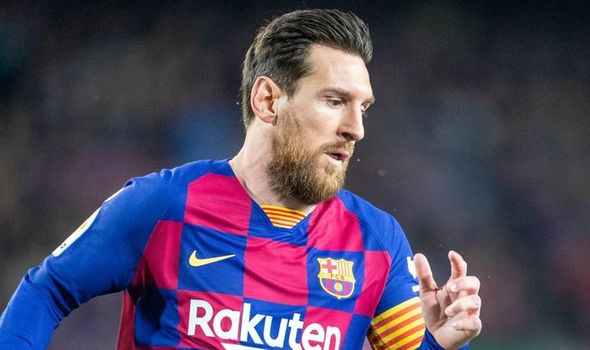 However, Messi would rather the Spanish giants broke the bank to re-sign Neymar.

Messi demanded the club landed Neymar last summer and the attacker is still keen to reunite with his former team-mate.

Barcelona are keen to appease Messi and signing a major signing this summer would keep the Argentina talisman happy.

Messi is out of contract at the end of next season and the Nou Camp star has been tipped to head to Inter Milan or Manchester City.

Talks over a new contract have stalled and there is no agreement in place to keep the 32-year-old at Barcelona.

Troubles in the Barcelona boardroom and disagreements over wage cuts due to the coronavirus crisis have also caused tension.

Despite concerns over Messi’s future, his former team-mate Cesc Fabregas reckons the Argentine will finish his career at the Nou Camp.

“I speak with Messi and his idea has always been to end his career at Barcelona,” Fabregas said to Spanish outlet Cadena Cope.

“Many things can happen at a club but I am fully confident that his career will end at Barca.”