The seven-time Ballon d’Or winner is hoping to complete his incredible list of accomplishments by winning the tournament, but he has been training alone as a precaution after struggling with an ankle issue.

The forward’s right ankle was pictured swollen in training, but Messi himself has insisted he is fine and ready to play tomorrow. 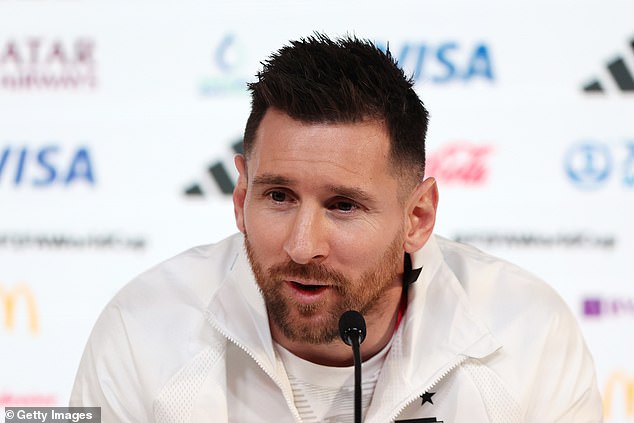 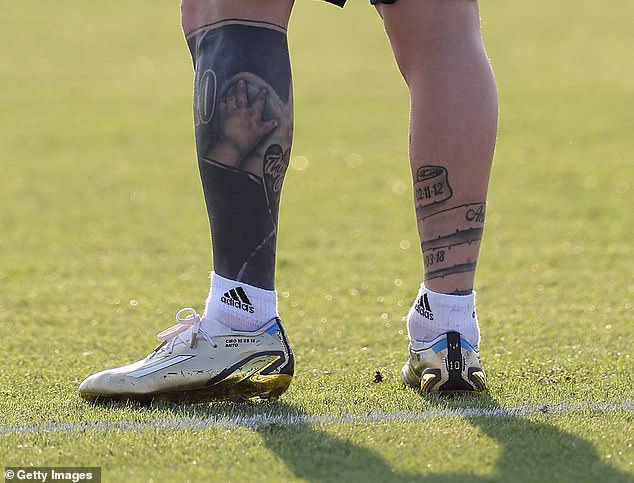 ‘I feel very good physically’, he said. ‘I think I’m arriving at a great moment, both personally and physically. I don’t have any problems’.

According to Diario AS, Messi rejoined the rest of the team for training today, but his ankle looked far from healthy just a day out from his side’s opening game.

The forward missed games for club side PSG in the build-up to the tournament with an achilles issue, but his enflamed ankle suggests he could be struggling with a fresh problem. 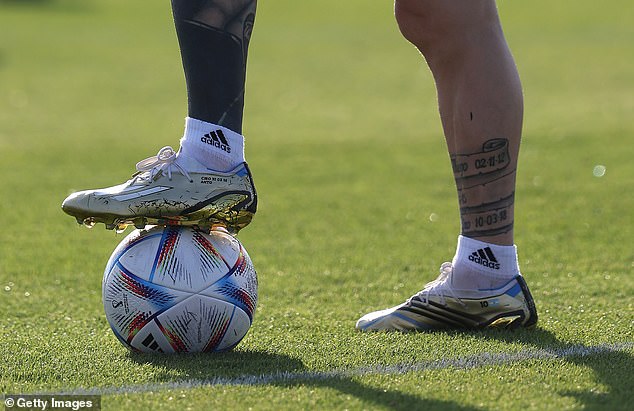 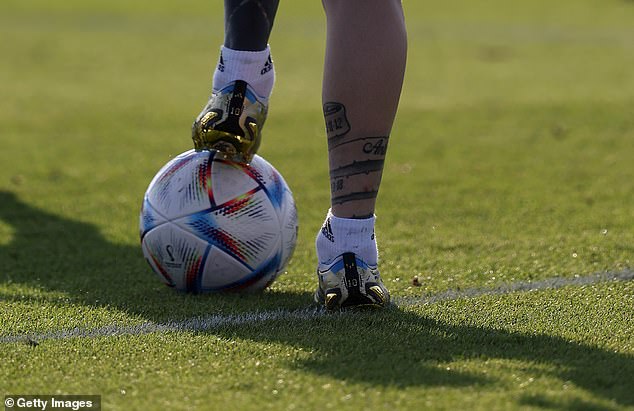 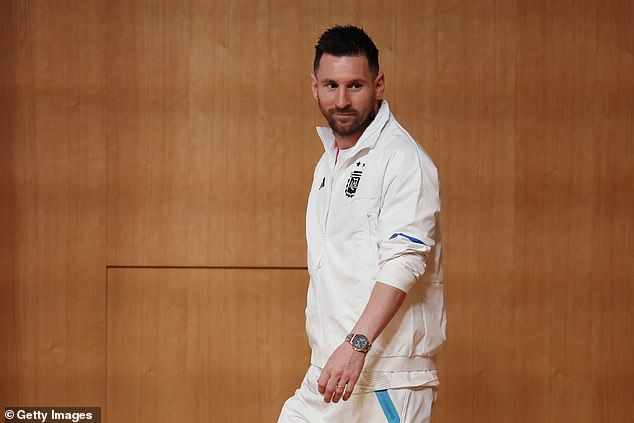 It is thought the problem could be being exaggerated due to the 35-year-old not having a ligament in his ankle. It could also be due to Messi having extra protection on, with the picture showing the forward in socks and boots.

According to The Athletic, Messi was applauded out of his pre-match conference by journalists, with shouts of ‘vamos Leo’ heard from the crowd.

Argentina, who are one of the favourites to win the tournament, will also face Mexico and Poland in Group D.