Liverpool side sit all the way down in sixth place currently, and are five points off the top four, a far cry from their dominant position at the top last season. However, injuries to key players have made life incredibly difficult for Jurgen Klopp, especially in defence.

Liverpool star Andy Robertson has given his verdict on the Reds’ struggles this season.

And it appears the left-back is in complete agreement with Manchester United legend Rio Ferdinand’s take on where they have been exposed in recent months.

Jurgen Klopp’s side sit all the way down in sixth place currently, and are five points off the top four, a far cry from their dominant position at the top last season.

But Robertson insists that the injuries to Virgil van Dijk, Joe Gomez and Joel Matip have made life so difficult for Liverpool that disappointing results are inevitable.

JUST IN: Liverpool fans fear over Mohamed Salah ahead of Sheffield United clash 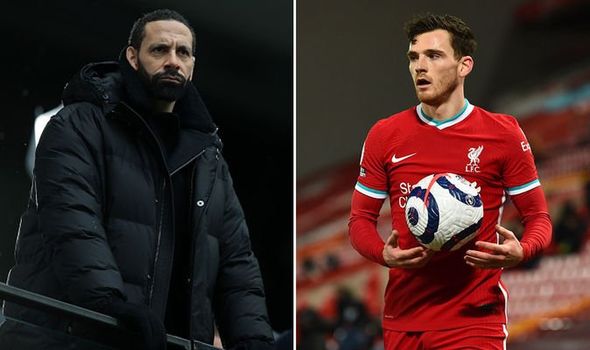 “If you told any team in world football that they’re going to have 18 different partnerships in a season at centre-back, no team in the world deals with that.

“Now we’ve got Nat Phillips who wasn’t even here last season, we’ve got Kabak who’s just a young lad, we’ve got Ben Davies who’s been signed from a Championship club and needs to take time, and big Rhys. 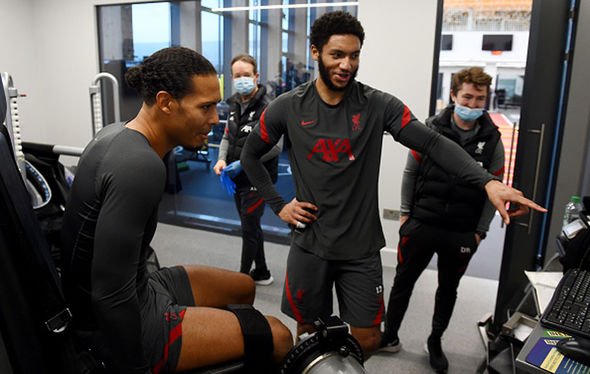 “It’s been tough for me personally, but it’s part and parcel of it (the game).

“I’m probably the leader at the back now, the most vocal, and it’s just trying to make sure that we do as well as we can and that we try and keep as many clean sheets as we can because that’s the only way we’re going to win games.”

That seems to be in complete alignment with ex-England centre-back Ferdinand’s take on their struggles.

He told BT Sport earlier in February: “Full tilt, they’re challenging City to win the league, 100 per cent, no doubt.

“But I don’t think anybody else would be in their position with the amount of stuff that’s destabilised their season. That’s a credit to them.

“I still see them third. Anybody else in this situation going through what they’ve gone through, are finishing eighth or 10th.”