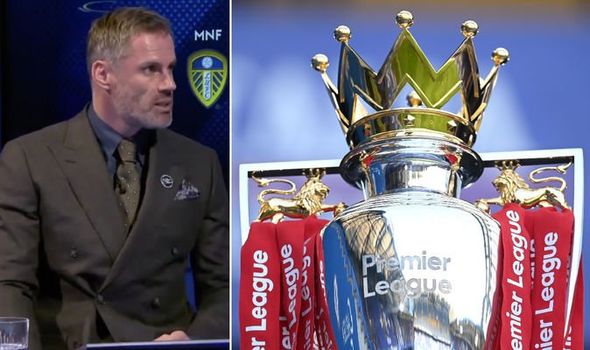 The likes of Everton and Tottenham are unlikely to beat either Liverpool or Manchester City to the Premier League title but the two recent title-winners’ pace-setting standards are falling, reckons Jamie Carragher. The Reds won the league for the first time since 1990 last term with 99 points, having accrued 97 the season before but missed out on the league to City who racked up 98. While in 2017-18, City’s ‘Centurions’ became the first team in English football history to tally 100 points in a single campaign.

But City only managed 81 points in 2019-20 as Liverpool won the league and have shown their vulnerabilities again this year, losing 5-2 to Leicester and drawing 1-1 with Leeds despite dominating the match.

Liverpool’s hopes of defending their crown hit an unexpected hitch with a 7-2 loss to Aston Villa earlier this month and have since been dealt a body blow by long-term injury to Virgil Van Dijk.

The influential Dutch defender is likely to miss the rest of the campaign after suffering an anterior cruciate ligament tear in Saturday’s 2-2 draw with Merseyside rivals Everton.

And having already drawn once and lost once in their first five games, Jurgen Klopp’s side are expected to drop far more points than last term, when they won 25 of their first 26 games.

They have leaked 13 goals in five games having only conceded 33 in 38 games last season and 22 in 38 the year before that. 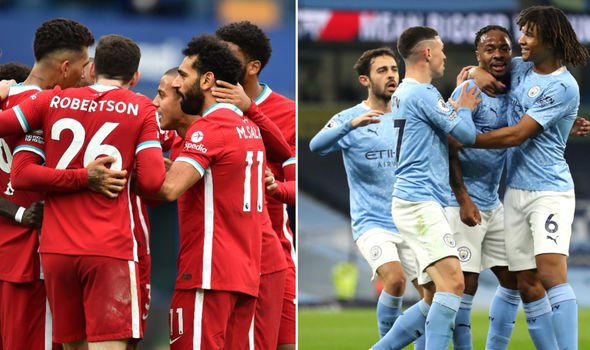 But former Liverpool defender Carragher, speaking on Sky Sports’ Monday Night Football, thinks the strength in depth at Anfield and the Etihad mean the teams who have won the past three titles between them remain the favourites to win this season’s title.

Yet he thinks whoever is crowned champions will do so with a points total in the 80s, rather than the 90s, offering potential hope to their rivals of seriously challenging the duo.

Everton sit atop the table on 13 points while Arsenal are on nine with Chelsea and Tottenham on eight points apiece. Man United are on six but with a game in hand.

While all have suffered setbacks, similar results for Liverpool and City suggest the battle for top spot could be far more competitive between now and May.

“I still can’t see anyone else winning the league besides Liverpool or Manchester City. I now think on the back of van Dijk, Man City are favourites,” Carragher said.

“What I’ve said before is Chelsea, Manchester United, Spurs, Arsenal, Everton are up there at this moment. They couldn’t get to 98, 99 points.

“They needed the top two to drop. City dropped last season to 82, are Liverpool going to drop this season to the 80s?

“That’s where the gap is bridged then and then can these teams make a much stronger challenge? I still can’t see one of those sides winning the league but I think we’re going to have a great title race.”

Asked about the impact of Van Dijk’s injury and whether Liverpool can defend their title without him, he added: “History says no.

“What I mean by that is, when I started watching football in the mid-80s, I went through teams, champions, who tried to retain the title next season. We know that’s difficult for any champion.

Virgil van Dijk injury: What is a Grade 3 ACL tear?

“There’s three or four players who you feel like you can’t be without for a serious long period of time. Everton in 1986 lost Neville Southall to a broken ankle. Liverpool won the double in 1986, Everton were champions in 85.

“One of Liverpool’s greatest ever teams was 1988. The next pre-season Alan Hansen. who was the Virgil van Dijk of that team. got injured in pre-season and didn’t play until the FA Cup semi-final in April. Arsenal won the league.

“I then went back to Eric Cantona. It wasn’t an injury but he missed half a season with the incident at Crystal Palace. Blackburn win the title. 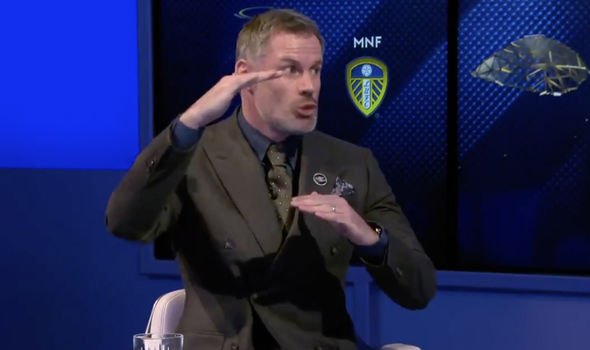 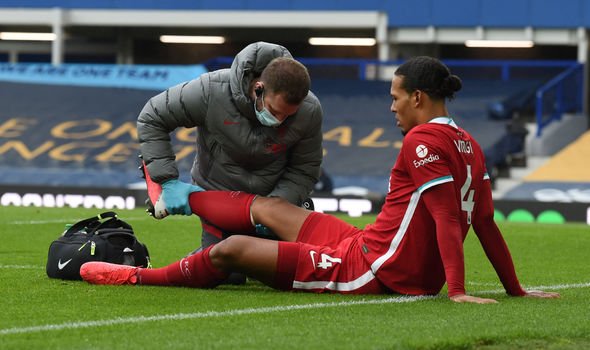 “Roy Keane does his cruciate at Leeds. Arsenal win the title. Even last season, Laporte was out for half the season and Man City were champions, lose the league.

“Who knows what would have happened but a lot of the players I’ve mentioned there, I think if they stay fit or play their teams win the league. I think if Van Dijk stays fit Liverpool win the league. Now, this massively opens it up.”

A high-octane season has seen an abundance of goals scored with almost every team’s defence appearing vulnerable.

Everton have been the early pace-setters and avoided their first defeat of the season to Liverpool at the weekend but were outplayed for much of the match at Goodison Park.

But Carlo Ancelotti suggested post-match that hopes of a first title tilt since Everton were last crowned champions of England back in 1986-87 are a little premature. 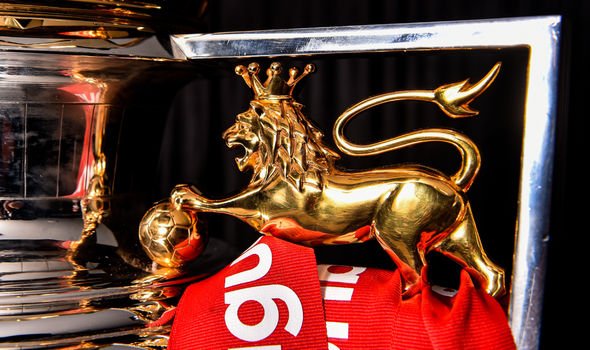 “I think we have improved in this game, we competed well, properly. It was like an old Merseyside derby,” he said.

“The fact that we were on the pitch with a good attitude for 90 minutes against such a good opponent was enough for me. Of course, this doesn’t mean we are at the same level as Liverpool because we are not.

“But I think it could be a target for us, to be able to reach not the same level but to compete against them like we competed today, like an old Merseyside derby.

“It is time we start to think we can win as it is too much Everton is not able to win a derby.”