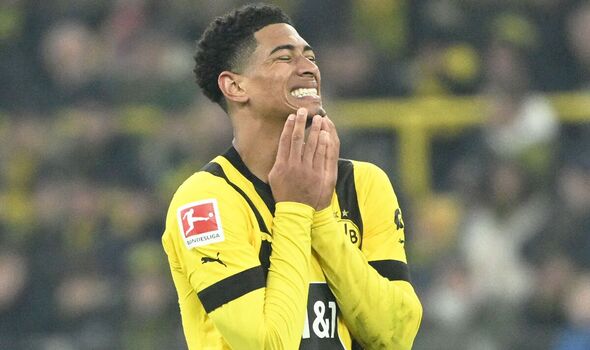 Liverpool target Jude Bellingham is set to receive an “historical offer” to extend his contract at Borussia Dortmund, according to reports. The Reds want to sign the England midfielder in the summer but Dortmund are not prepared to let him go easily.

Bellingham has been in stunning form for club and country in the last 12 months. He has become an integral member of Gareth Southgate’s side, starting every match at the World Cup in Qatar.

He is widely expected to be a top target for a host of clubs this summer. Liverpool are leading the way but Real Madrid and Manchester City are also among those interested.

But there is the possibility that Bellingham goes nowhere and decides to stay at Dortmund. His contract at Dortmund currently runs until the end of the 2024/25 season.

Win a pair of tickets to the Premier League or Women’s Super League match of your choosing! CLICK HERE

However, Sport Bild reporter Valentina Maceri claims talks are set to be held in March regarding a possible extension. Bellingham will be offered the chance to become Dortmund’s highest-paid player of all time, surpassing Marco Reus who currently holds that accolade.

Dortmund’s sporting director Sebastian Kehl and chief executive Hans-Joachim Watzke are prepared to do all they can to keep Bellingham at the club. When asked if Bellingham had rejected a new contract, Maceri told Sky Sports News: “This information is not true.

Bellingham does not turn 20 until June but is already nearing 200 senior appearances for club and country in his career. He is currently enjoying his best goalscoring season, netting his 10th for Dortmund in Sunday’s dramatic 4-3 win over Augsburg.