It may feel like another two points dropped for Liverpool but Jurgen Klopp isn’t worried about the result or the Premier League table, as Manchester United smell blood. The Red Devils can now go level on points with the champions should they win their game in hand after Liverpool’s 0-0 draw at Newcastle.

The visitors will travel back to Merseyside wondering just how they didn’t win the game but in truth, they only had themselves to blame.

While Karl Darlow was brilliant between the sticks for the Magpies, this was a story of poor finishing from the usually ruthless Reds.

But in the end, Newcastle’s defending was worthy of a point and Klopp was happy to admit his side lacked cutting edge in front of goal. 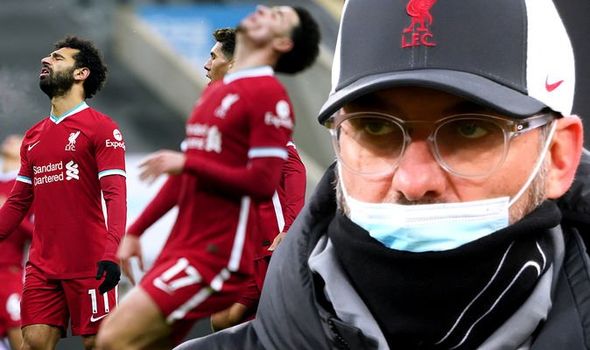 He told Amazon Prime: “We found a lot of solutions in the game, crazy, big chances but we didn’t use them. But I liked the game.

“We did all that and so, it’s still of course disappointing but that’s how it is.

“It’s normal, Newcastle went down, Fabian Schar had I don’t know how many moments where he thought he felt something.

“It’s fine but it breaks the rhythm and we had to keep going.

“They defended with all they had but still then we were alone in front of the goal like from the corner kick when the goalie missed the ball. We couldn’t finished that off.

“We played super football. Mo had his chance, Trent [Alexander-Arnold] had a super finish where somebody got their body in between. First half we had some big chances so look, I watched a lot of football games in my life. 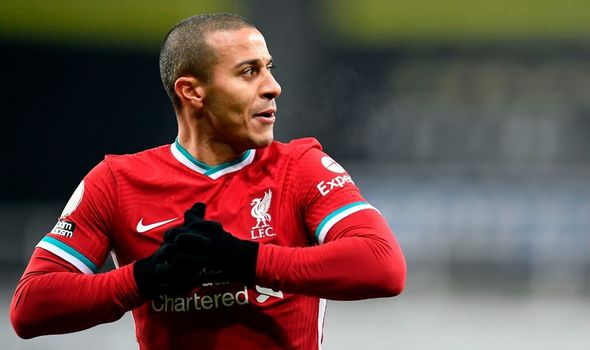 “We have to respect the result but you have to take the positives from the game and besides the finishing, there was not a lot wrong.”

Liverpool end 2020 top of the pile having lost just one of their 16 matches.

However, their alarming dip in form against the bottom sides in the past month can’t be ignored following draws with Brighton, Fulham, West Brom and now Newcastle.

Yet Klopp claims he isn’t worried about the table despite United’s growing confidence.

He added: “The last thing that I think about is our position in the table. It’s nice but it doesn’t matter at this stage of the season.

“You’ve seen that we’ve drawn the last two games and we are still top of the table, it just shows how much of a difficult season it is for everybody. 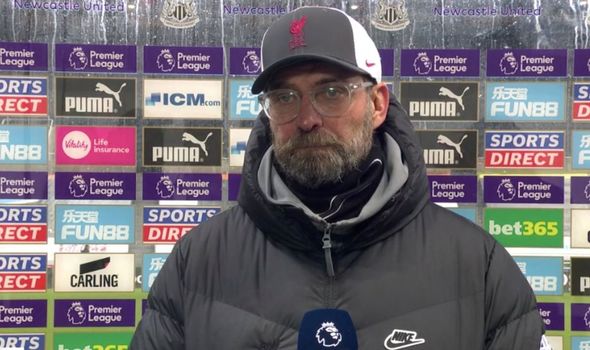 “We try all the time, when I think of football, these are the moments we all enjoy but in the rest of life at the moment, it isn’t obviously that easy.

“For all the people in the world it’s really difficult but we’ve all thought through it. Winter came and the next wave came and stuff like this.

“So that’s in my mind but we will keep going. Next game Southampton, Aston Villa, United. All these kind of things, that’s good.

“We want to be ready for the games and didn’t get the result we wanted but that’s not the worst thing in life.”