Liverpool boss Jurgen Klopp appears to have hinted that the club’s chase for Dayot Upamecano could be over with his latest comments on Joel Matip’s injury. Ben Davies and Ozan Kabak were signed as defensive reinforcements on transfer deadline day – as it was announced that Matip would be out for the rest of the season.

Matip will be out for the remainder of the campaign with an ankle ligament injury, joining Virgil van Dijk and Joe Gomez on the sidelines.

The latest blow to the injury-prone defender left Liverpool desperately short of centre-halves, with Fabinho and Jordan Henderson having had to fill in this season.

Ben Davies arrived from Preston on the final day of the transfer window, while Ozan Kabak also joined the Premier League champions on loan from Schalke.

Liverpool had been linked with a move for RB Leipzig defender Upamecano this summer – and Matip’s injury made a swoop look ever more likely. 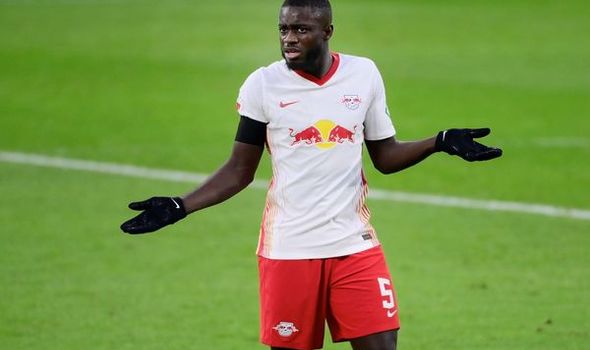 But Klopp’s comments on the Cameroon defender’s situation cast appeared to doubt on a pursuit of Upamecano at the end of the season.

“Unfortunately, we found out now after everybody looked at it that Joel will be out for the rest of the season,” Klopp told Liverpool’s official website.

“But he will be ready for the start of the next pre-season and finally everything will be sorted.”

The manager’s comments appear to suggest he is depending on Matip for next season – despite the centre-back’s injury record. 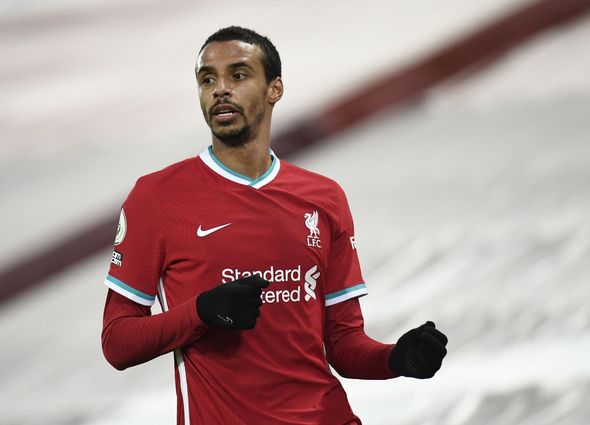 The 29-year-old was left as Liverpool’s only fit, senior centre-back after Van Dijk and Gomez suffered knee injuries earlier in the season.

However, he has had numerous absences since then, with Fabinho partnered at various times by Nat Phillips, Rhys Williams and even fellow midfielder Henderson.

Matip has had several injuries since joining Liverpool in 2016, contributing to the defender falling down the pecking order behind Gomez.

Despite Klopp’s hopeful update, it remains to be seen whether the manager will keep faith with the defender ahead of next season, having suffered the worst injury crisis of his Anfield reign this term.