Liverpool boss Jurgen Klopp used his usual humour to respond to a question on whether he would ‘regret’ never managing Real Madrid by the end of his management career. There has been some surprise speculation over Klopp’s future at Anfield over the past few months due to their poor form.

Klopp was linked with taking over from Joachim Low as Germany boss after news broke that the latter would be leaving his role after the European Championships this summer.

The Liverpool boss responded by vehemently ruling himself out of contention, insisting he plans to honour his contract on Merseyside.

His current deal expires in 2024 but there will be ongoing questions on where Klopp could look to manage after he leaves Liverpool.

Real were supposedly interested in Klopp before he took over at Liverpool in October 2015. 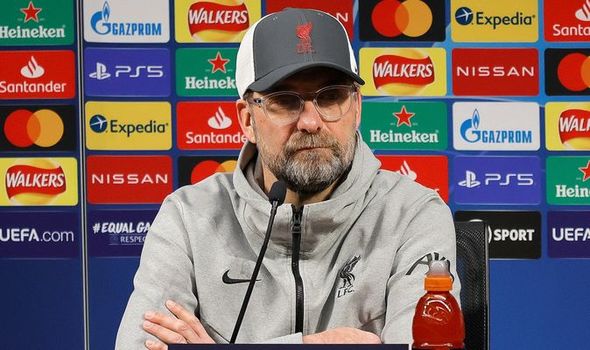 But the German head coach has hinted that he could well retire after his stint at Liverpool comes to an end.

When asked whether he would regret not taking up the manager’s position at the Bernabeu, Klopp joked that the only thing he would have missed out on is the weather.

“I said if I had at the end of my career only three clubs which would be Mainz, Borussia Dortmund and Liverpool then it’s not too bad,”

“I would not regret it.

“You asked if I would regret it if I would never manage Real Madrid? I don’t think so.

“But when I came out the plane today I regret already that we don’t live here because the weather is so much better here.

“We were freezing. I have a gillet with me so you are blessed. We do it the hard way.”

Klopp was then asked out of the three leading teams in La Liga – Atletico Madrid, Barcelona and Real – who would he most identify with.

He said: “They are three good football clubs.

“I would like to say that I fit into all of them to be honest 100 per cent.

“The only problem is I have no time and my Spanish is really bad so you would not enjoy that having me in Spain and then I speak always this broken Spanish.

“All the clubs here have great managers. Real Mallorca would be nice – to live at least.”