Liverpool are “expected” to return with another offer for Timo Werner to challenge Chelsea for the Germany star’s signature, according to transfer expert Ian McGarry.  Chelsea stormed ahead of Liverpool in the race for Werner earlier this week after agreeing a deal with the forward and activating his release clause of around £49million.

Liverpool have long been linked with the 24-year-old and there had been discussions between the player and Reds boss Jurgen Klopp.

McGarry says Liverpool made an offer some way short of Werner’s release clause last month but could be prepared to up the bid following Chelsea’s move.

“It will be interesting to see how Jurgen Klopp responds to this setback, if indeed that is the case,” McGarry said on the Transfer Window podcast.

“Obviously Werner’s yet to actually sign for Chelsea despite the clause being met. 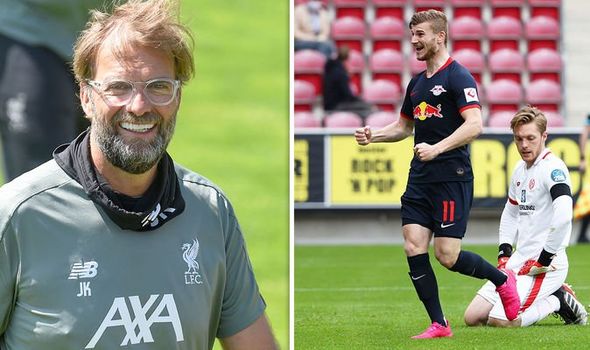 “It is expected in some quarters that Liverpool may well make another bid having failed with an initial one around 16 days ago of €30m plus €15m in add-ons, which clearly is well below the rescission clause in Werner’s contract, but certainly is potentially open to being upped and therefore giving Chelsea some competition.”

Werner has scored 25 Bundesliga goals for RB Leipzig this season but commentator Kevin Hatchard says the striker’s game is more than just goals.

“He isn’t just a one-dimensional speedster in attack, so I think they are getting a terrific player,” Hatchard told talkSPORT.

“I think Liverpool – having been interested in him – have decided to walk away for financial reasons, and I think Chelsea have done really well to nick in there.

“One of the things that would attract Chelsea to him is that he can play a variety of roles.

“I think he is dangerous when he can pull into that half-space in the inside-left channel, but he can also play through the middle.

“[Julian] Nagelsmann is working with him to be more flexible and to get his head up and look, because sometimes he could be a player who would go missing in games; if the game wasn’t going particularly well you wouldn’t see him for big chunks of it.

“He might score you goals but the all-round contribution wouldn’t be as good; but now he’s looking for team-mates. 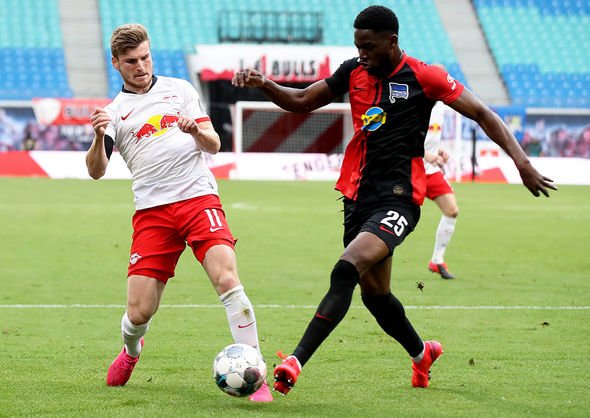 “He is an excellent player and I think, potentially, Chelsea have got a very, very good player.

“If it all gets wrapped up I think it would be a really smart signing.”