Liverpool record signing Darwin Nunez ‘lost the plot’ when he made the ‘unbelievable’ decision to butt Joachim Andersen on his Anfield debut, according to stunned viewers who watched the striker take leave of his head.

With the Reds 1-0 behind against Crystal Palace, who were on a 10-game losing streak in the fixture, newcomer Nunez responded rashly to a prod from centre-back Andersen, giving referee Paul Tierney little choice but to dismiss him.

The violent reaction in the 57th minute of the striker’s first start for the club was Liverpool’s first red card for violent conduct under manager Jurgen Klopp and drew a dismayed reaction on social media. 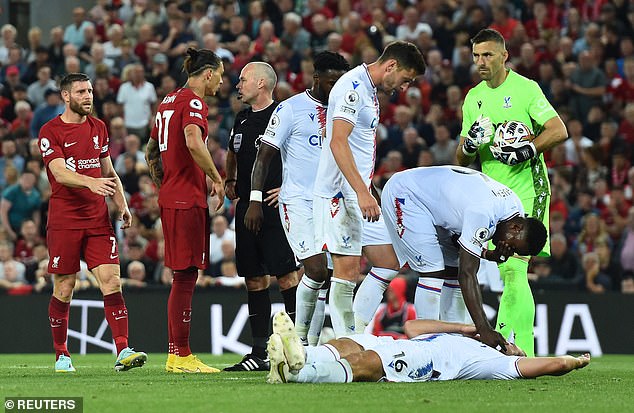 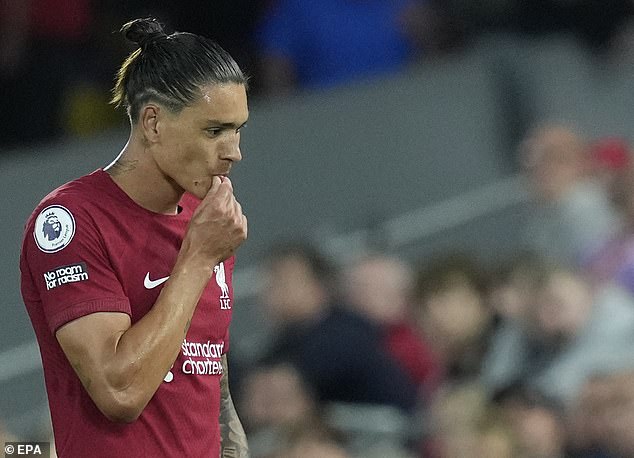 ‘Absolutely disgraceful from Nunez,’ said one shocked supporter as Liverpool rallied to equalise through Luis Diaz despite his fellow forward’s departure. ‘Completely inexcusable.’

Reds fan and heavily-followed YouTuber Chunkz called Nunez ‘scrappy’ in his ‘horrible home debut’, and former Palace and England midfielder John Salako could not countenance what he had seen.

‘He completely loses the plot and headbutts Andersen,’ said Salako. ‘What a massive blow for Liverpool. Great opportunity for Palace.’

Nunez scored and provided an assist on a promising cameo from the bench during the second half of Liverpool’s comeback 2-2 draw at Fulham in their opener.

The Uruguay hitman’s fee could rise to £85m following his summer arrival from Portuguese side Benfica – and Liverpool will now be without him for three matches of his debut season unless a potential appeal succeeds.

Former Leicester, Arsenal and England striker Alan Smith was baffled as he watched Nunez depart early as his side dropped more points with a 1-1 draw.

Smith told Sky Sports: ‘We’ve spoken about this lad’s ability but this is the dark side.

‘What on earth is he doing? Whenever you put your head to an opponent like that there’s only going to be one outcome. He’s let the team down, has Nunez – big time.’

Ex-Manchester United defender Gary Neville had some sympathy for Nunez while recalling his own red card for headbutting former England teammate Steve McMananaman during an FA Cup game against Manchester City in 2004.

‘There was no history of that at [Nunez’s former club] Benfica,’ suggested pundit Neville. ‘He’s not been sent off [for them].

‘It’s a moment of madness. He’ll [Andersen] be feeling that. That’s a proper butt. 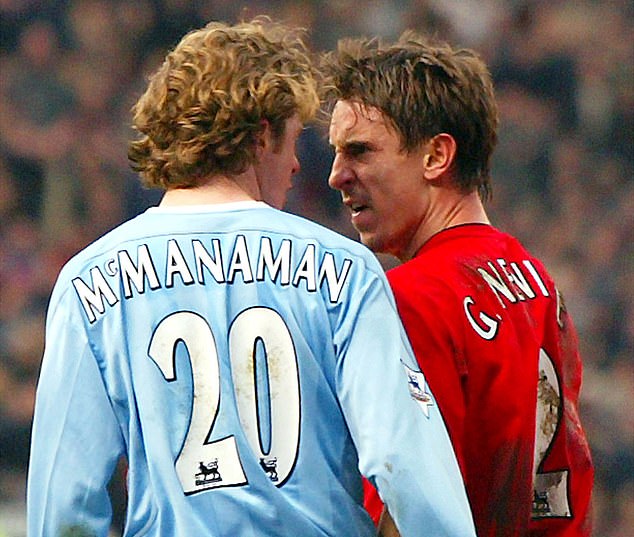 Former Reds defender Jamie Carragher added: ‘I cannot believe he thinks he’s going to get away with that. The referee is looking straight at it.

‘As he’s walking back to the bench, he’ll realise what he’s done. He’ll be absolutely devastated in the dressing room.’