Liverpool have been given encouragement to move from Real Madrid centre-back Eder Militao by Zinedine Zidane’s assistant David Bettoni, who has admitted the Brazilian could leave on loan before the window closes. The Reds know all about the 23-year-old’s quality having faced Militao in the Champions League, during his time at Porto in 2019 and he is one of several options on the table for Jurgen Klopp.

The German finally admitted yesterday that Liverpool have changed their stance in the January transfer market.

Initially, Liverpool were prepared to continue without adding defensive reinforcements to their ranks but the situation has changed following the 3-1 win at Tottenham.

That’s because Joel Matip hobbled off at half-time with suspected ankle ligament damage while Fabinho has also picked up a muscle injury.

The Brazilian will miss the trip to West Ham this weekend with Jordan Henderson and Nat Phillips both likely to start in east London. 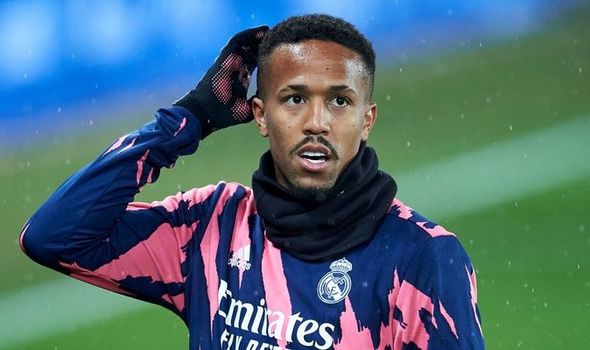 Klopp has reiterated that Liverpool will not just sign any player: “The whole time we are busy checking specific things in the market.

“We always did and do it now as well, and we will see if something happens or not. In an ideal world, it would be great that the short-term solution is the long-term solution as well. I don’t know if we can do that, but we will see.”

Now the Premier League champions have been offered hope that Militao, a reported target, is available on loan until the end of the season.

Real Madrid assistant boss Bettoni hinted that the defender is one of the several players that could leave on loan before the transfer window closes.

“As the boss [Zinedine Zidane] always says, until February 1, anything could happen,” Bettoni said when asked if Alvaro Odriozola, Militao or Isco could follow the likes of Martin Odegaard and Luka Jovic out on loan.

“Right now we have a squad, we’re happy with the players, and then we’ll see.”

Tottenham have also been linked with a move for Militao in recent weeks.

At the start of the month, South American football expert Tim Vickery offered a glowing scouting report on Militao, who came through the ranks at Sao Paulo.

“He started off as a full-back and has since been converted into a centre-back and can play both.

“The news here is that Jose Mourinho is certainly interested and the information where we are getting that is coming out of Portugal. 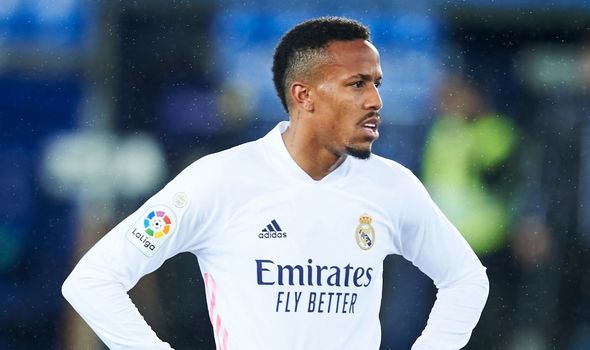 “The Portuguese press obviously have good contacts with Mourinho so watch this space. If Mourinho is interested, then maybe this will go through.

“He’s a strapping lad who developed with Sao Paulo as a full-back, moved to Porto and they moved him inside.

“They like that height and pace and thought that’s centre-back material.

“Brazil absolutely love him and have been thinking of him as the long-term substitute for Thiago Silva at the heart of defence.

“But things have gone a little wrong at Real Madrid and he’s not getting a regular game.”