Liverpool would be adding some solidness and experience to their backline with the signing of Diego Llorente, according to former Reds striker Emile Heskey. Llorente, 26, is a reported target for Liverpool, who are claimed to have made a £22million for the Real Sociedad centre-back.

Jurgen Klopp’s side have been linked with a number of centre-backs, with Dejan Lovren’s future at the club uncertain.

Llorente started his professional career at Real Madrid before a permanent move to Sociedad in 2017.

He has made 66 La Liga appearances for Sociedad and has won five caps for the Spanish national team.

Heskey believes Llorente is the type of player Klopp will be looking for, as the impressive Joe Gomez continues to improve alongside Virgil van Dijk.

JUST IN: Why Arsenal agreeing Coutinho swap deal with Barcelona would mean nothing 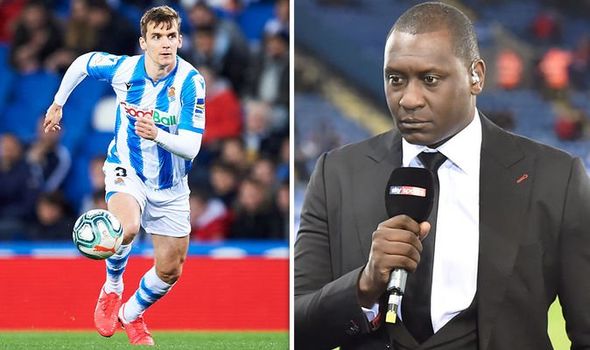 “Liverpool’s recruitment is very specific, they’ll be looking at years down the line and Llorente is only 26,” Heskey told Genting Bet.

“Liverpool have Gomez, Virgil Van Dijk, the Rolls Royce, and a few other defenders and they’ll be looking at cementing a more established defender who can play alongside them all as Gomez is developing.

“Gomez can play right back and centre back, but I think his best position is centre back – it’s going to be tough to get Trent Alexander-Arnold out of his right-back position.

“Having someone like Llorente come in and give a solidness as well as the experience is great.”

Another centre-back linked with Liverpool is Leicester City’s Caglar Soyuncu.

Soyuncu has filled in admirably for the Foxes following the sale of Harry Maguire to Manchester United last summer.

Heskey is a big fan of the Turkey international but cannot see another of his former sides in Leicester letting him leave anytime soon.

“Soyuncu would fit in well at any club,” Heskey added. 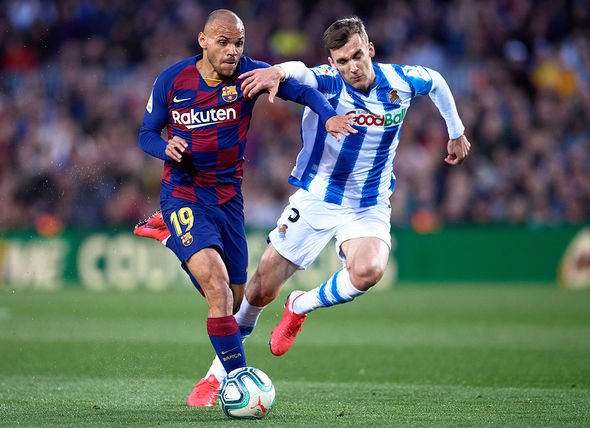 “He’s taken the role of centre back at Leicester, which was a very important role, following the footsteps of Wes Morgan and Jonny Evans, and no one knew what to expect of him.

“But he’s taken it by the scruff of the neck and he’s really improved and given something extra as well as he’s good on the ball.

“I don’t see him going anywhere, even Liverpool, as Leicester don’t need to sell unless they want to and they don’t have a ready-made player to fall into his spot.

“However, if Leicester did want to sell, Soyuncu could go to any of the top clubs.”

Related posts:
Basketball News:
NBA Finals: Players react to the Heat-Lakers matchup
Week 4 Fantasy Football Tight End Rankings
Man Utd launch final Jadon Sancho transfer bid and have new plan – but there’s a problem
MLB News:
Week 4 Fantasy Football Tight End Rankings
Pats rush for 250 yards, dedicate win to RB White
Short-handed Raiders struggle to stop Patriots' rushing attack in loss
Recent Posts
This website uses cookies to improve your user experience and to provide you with advertisements that are relevant to your interests. By continuing to browse the site you are agreeing to our use of cookies.Ok