Liverpool legend Steven Gerrard has revealed he was a big fan of Manchester United great Roy Keane when he was growing up. Keane, nine years Gerrard’s senior, had already won three Premier League titles and two FA Cups with United before Gerrard made his first-team debut for Liverpool in 1998. The pair had several battles on the pitch before Keane left United in 2005 after a glittering spell at Old Trafford.

Earlier this week, Gerrard was asked by his former Liverpool team-mate Jamie Carragher to compile a best XI of players he had seen in his lifetime.

But despite the other great players to have played for United, Gerrard chose Keane.

“Yeah he was a cert to go in there,” Gerrard said on Sky Sports. 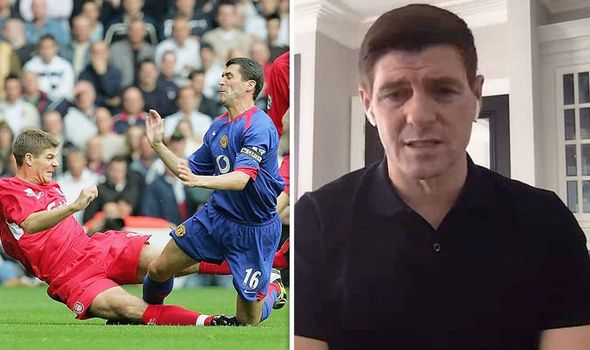 “Obviously he was someone who I was a big fan of growing up and studied his game a lot.

“I really enjoyed a lot of battles against him, he was a top player.

“I don’t think you appreciated how good he was until you were actually directly up against him to see how fit and strong he was, box-to-box midfielder.

Gerrard admitted difficulty at completing the challenge and getting corrected by Carragher on several occasions.

“Jamie sent me the challenge and what I will say is it took me more than a couple of hours,” he added.

“I was stewing on this for a couple of nights because I felt like I had a team and I was happy with it and I had [Zinedine] Zidane in it and [Roberto] Carlos in it and [Franco] Baresi, then you get a text off Carra saying ‘no, no that’s wrong, they played together here there and everywhere’.

“It’s actually more challenging than you think but we got there in the end and I’m really pleased with the team I’ve picked. 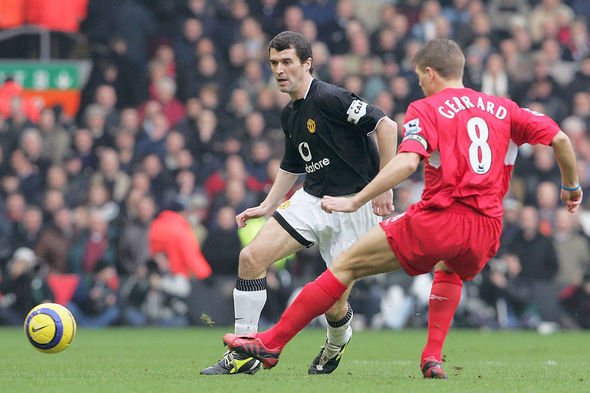 “I obviously wanted to frontload it and try and get more goals in the team.

“I think people when they have a go at this challenge will realise how difficult it is.

“I think you have to give and take in certain positions to get some of your big hitters in.”