Liverpool are being strongly linked with a January move to sign Kalidou Koulibaly and they now know how much a transfer would cost, according to reports. Jurgen Klopp will be glad to see the back of the international break after seeing a number of his players pick up injuries.

The Liverpool boss was already facing a defensive crisis before players went away to meet up with their respective national teams across the globe.

Virgil van Dijk’s injury last month led to Joe Gomez being the only recognised senior centre-back at the club with Joel Matip also struggling for fitness.

Fabinho was moved back to partner Gomez, but the Brazilian soon picked up an injury which ruled him out for several weeks.

Matip did return in time to line up alongside Gomez against Manchester City. 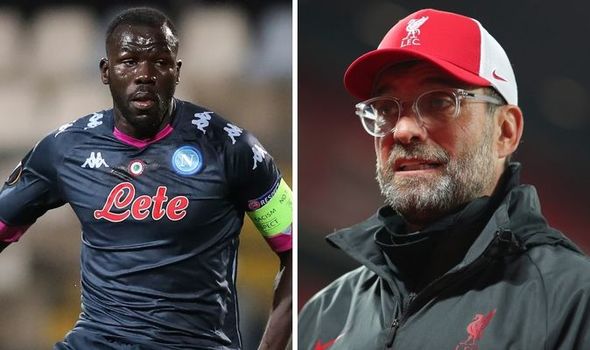 But disaster struck last week when news broke that Gomez had suffered an injury during training with England.

Liverpool later confirmed that the 23-year-old had undergone “successful” surgery on his left knee, but he’s not expected to return until much later in the season.

It means Liverpool will be relying on a makeshift defensive partnership of Fabinho and Matip for the foreseeable future.

Young players such as Nat Phillips and Rhys Williams have been given chances in recent weeks while Billy Koumetio is also tipped to have an opportunity to break into the first team.

But reports have suggested that Liverpool could be looking to bring in defensive cover in January, particularly due to Matip’s fitness woes.

Koulibaly has long been linked with a move away from Napoli and Manchester United have been seemingly the top contenders for his signature.

Napoli’s asking price has proved too much for interested parties though.

Liverpool are now said to have expressed an interest in the defender to help solve their centre-back crisis. 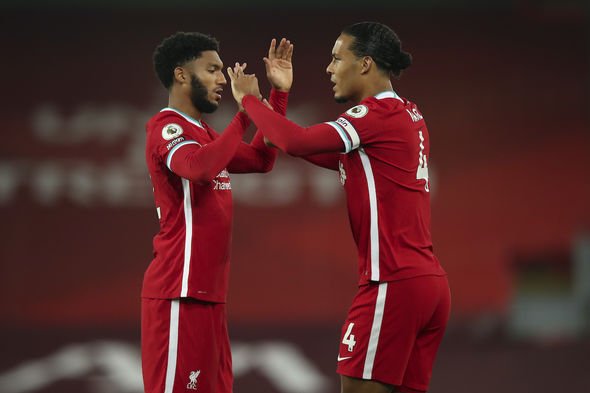 But Area Napoli claim that Liverpool will not be given a discount with Napoli president Aurelio De Laurentiis demanding £63million.

Liverpool have proven in the past that they’re not willing to pay big for quick-fix solutions.

David Alaba has also emerged as a potentially cheaper alternative, with the Austrian’s contract running out at the end of the season.

Bayern Munich have failed in their attempts to get Alaba to sign an extension and the 28-year-old looks set to leave in 2021.