Liverpool have reportedly moved to the front of the queue to sign Ismaila Sarr from Watford after making contact with his representatives. Earlier this year, it became apparent signing another forward capable of finding the net on a regular basis was Liverpool’s main focus heading into the summer transfer window.

Timo Werner was the club’s top target with all signs pointing towards a straight forward transfer.

That was before the coronavirus pandemic however, with Liverpool one of the worst affected sides in terms of finances.

Despite being on the verge of winning the Premier League title and a lucrative Nike kit deal on the horizon, Liverpool were forced to restructure their transfer plans heading into the summer.

It meant the Reds were unable to meet Werner’s release clause with Chelsea swooping in to sign the striker. 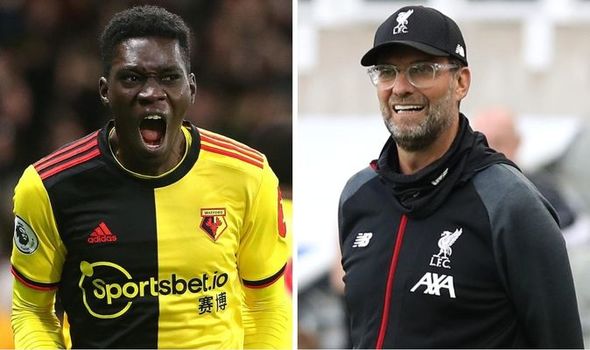 But their interest in signing Werner made it clear that Klopp wants more cover up front.

And it appears as though Liverpool have moved their focus on to Watford star Sarr.

The Hornets are expected to listen to offers for a number of their first-team stars this summer having been relegated from the Premier League.

Top of the list of players attracting plenty of interest is Sarr, who scored five goals and provided six assists throughout the campaign.

His shining moment though came in the surprise 3-0 win over Liverpool back in February where he bagged a brace as well as setting up Troy Deeney.

And it appears as though that performance had a lasting effect on Liverpool with the Watford Observer reporting the Reds have moved forward with plans to strike a deal this summer.

It is claimed Liverpool have already held initial talks with Sarr’s representatives to test Watford’s resolve.

They will unlikely put up a fight if the 22-year-old indicates he wants to leave, but Watford will want to recoup most of the £31million they paid to sign him from Rennes last summer. 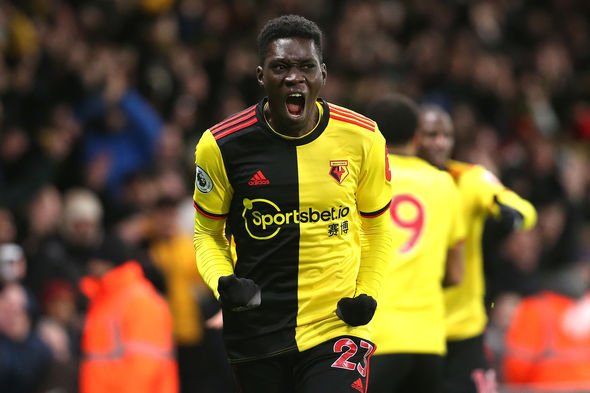 However, Liverpool will face plenty of competition for Sarr’s signature.

Both Crystal Palace and Wolves are said to be interested in making a move, but the report goes on to say either club would only press forward with a bid if their respective stars Adama Traore and Wilfried Zaha leave this summer.

It’s not only in the Premier League where Liverpool may have to fend off other suitors though with teams from France, Spain and Germany reportedly considering an offer.