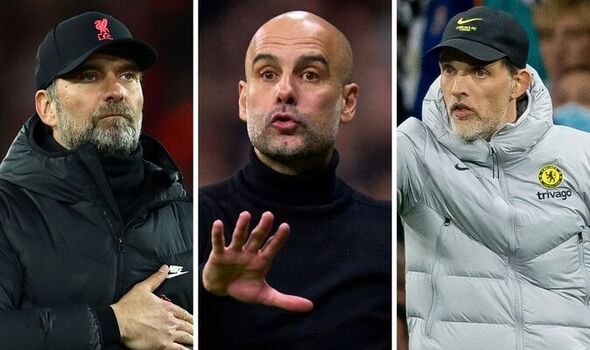 Liverpool, Manchester City and Chelsea may be leading the way in the Premier League, but all three clubs are experiencing the same worrying trend regarding players out of contract which could cause serious problems heading into next year. Arsenal, Tottenham and Manchester United are still battling to catch up with the dominant trio in the English top flight.

All three teams have some of the strongest squads in European football and are the envy of their closest rivals. That trend will likely continue into next season with clubs below them in the Premier League far away from competing at the top of the table just yet.

But all three clubs at the top of the Premier League have some of their best players out of contract in 2023 with no clear signs they will all be resolved. Liverpool arguably face the biggest issue of all clubs with Mohamed Salah, Sadio Mane and Roberto Firmino all able to walk away for nothing next year.

Extending Salah’s contract has seemingly been the priority, but Jurgen Klopp has made it clear just how important both Firmino and Mane are to his squad. Re-signing all three attackers to new deals may well prove too expensive for the Reds, who have so far been reluctant to meet Salah’s high demands.

But they aren’t alone in some of their key starters clearly looking at alternative options. City have Ilkay Gundogan, Raheem Sterling, Gabriel Jesus and Riyad Mahrez all out of contract at the end of next season too.

Gundogan and Mahrez appear likely to sign extensions, but no progress has been made in talks with Jesus and Sterling. The England international is still just 27 years of age and is in the peak of his career, while Jesus has been a consistent option for Guardiola all season long.

Chelsea are already feeling the heat this year with Antonio Rudiger and Andreas Christensen out of contract in the summer. But midfield duo N’Golo Kante and Jorginho will be entering the final year of their contracts at the end of the season with concerns over their futures at Stamford Bridge.

Players running down contracts at their clubs appear to be a relatively new phenomenon in European football. Arsenal had the nightmare situation with Mesut Ozil repeated with Pierre-Emerick Aubameyang while Manchester United will see Paul Pogba, Jesse Lingard and Edinson Cavani leave as free agents this summer.

Elite clubs appear more keen on holding a regulated wage structure now more than ever as opposed to handing out mega contracts, weighing up the worth in bringing in possible replacements. That obviously presents some risk with Liverpool potentially facing the near impossible task of replacing Salah, Mane and Firmino.

Luis Diaz and Diogo Jota have already come in and made an instant impact, but they’re impressive displays have undoubtedly been helped by having Liverpool’s usual front three alongside them. Both City and Chelsea will also be wary of having their main core torn apart with players out of contract next year potentially leaving for nothing.

Resolving the contract issues is clearly no easy task with each player different in what they want and representatives having more of a say in negotiations than ever. But the success of Liverpool and City in particular in recent years has been largely down to their ability to stick with the same core group for several seasons and adding to that.

Finding replacements is risky business and could well see them drop off the top of the table in the very near future. It leaves all three clubs with big decisions to make heading into the summer transfer window which could in turn impact the Premier League as a whole.