Liverpool are reportedly open to selling Rhian Brewster on a permanent basis but interested clubs like Newcastle and Aston Villa face two issues if they want to sign the promising 20-year-old before October 5.

Brewster’s future at Anfield is up in the air with Liverpool yet to decide whether or not they plan to give the youngster a role in Jurgen Klopp’s squad next term.

The England under-21 international starred on loan at Swansea in the Championship last term despite only joining the Swans in January.

He scored 11 times in 22 games as Steve Cooper’s men reached the semi-finals of the play-offs only to lose to Brentford.

The former Chelsea trainee is rated highly on Merseyside and Liverpool rejected approaches from Borussia Monchengladbach in the summer of 2018 to keep the striker. 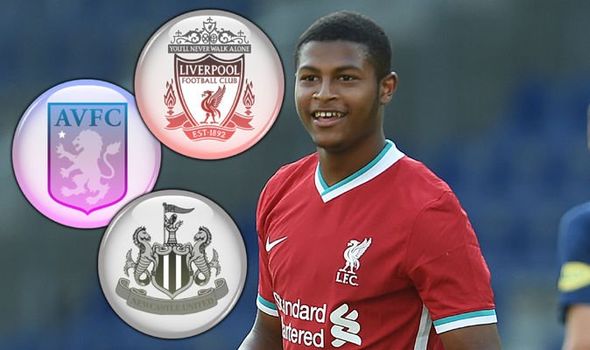 Yet despite recent reports suggesting Klopp had earmarked a senior role for Brewster this season, the Liverpool Echo say the Premier League champions are not opposed to selling him.

The summer transfer window remains open until October 5 and the Echo say that his sale could raise significant funds for the final weeks that they can dip into the market.

The Reds value Brewster at around £20million but it is suggested that they will insist on a buy-back clause in any deal to protect themselves should the attacker’s development skyrocket away from Merseyside.

That would be an issue for multiple clubs given that it would allow Liverpool to take Brewster back at any point in the future and leave them vulnerable to losing a player who could grow into a key performer.

It had been hoped by Liverpool that Brewster could be loaned out to a Premier League team or a leading European side but Liverpool have not received any proposals they deem suitable. 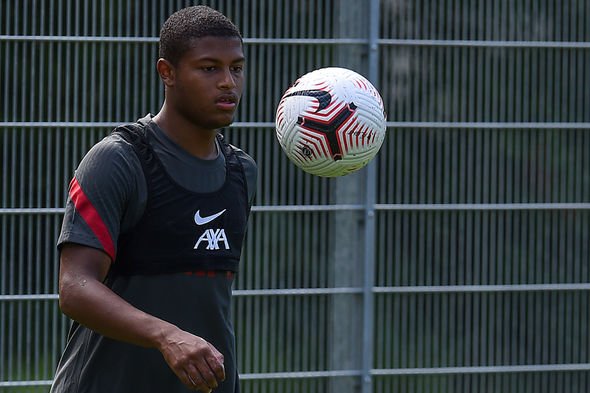 As such, it was expected Brewster would battle with Divock Origi to provide support to Klopp’s front three across what promises to be a hectic campaign.

He came off of the bench at the end of normal time in the Community Shield last month specifically to take a penalty against Arsenal in the shoot-out, only to blaze his 12-yard effort off the top of the crossbar.

Yet the Echo say that as many as seven Premier League clubs have contacted Liverpool about Brewster with some keen on landing the player on a permanent basis.

Aston Villa, Newcastle, Burnley, Brighton, Crystal Palace, Sheffield United and Fulham are among the top-flight clubs who have registered their interest.

While relegated trio Norwich, Watford and Bournemouth, all now in the Championship, and Swansea would all be keen to count on his services too.

But in addition to the hurdle of a buy-back clause, top-flight outfits keen to sign Brewster permanently may also be damaged by other deals elsewhere this summer.

The Echo note that Michael Edwards uses other moves to determine the value of Liverpool’s players and that Ollie Watkins’ imminent move from Brentford to Villa, worth an initial £28m rising to £33m, could be taken into account.

Similarly, the £20m agreement that took Eberechi Eze from QPR to Crystal Palace may also be referenced given Brewster’s form in the same division as the duo. 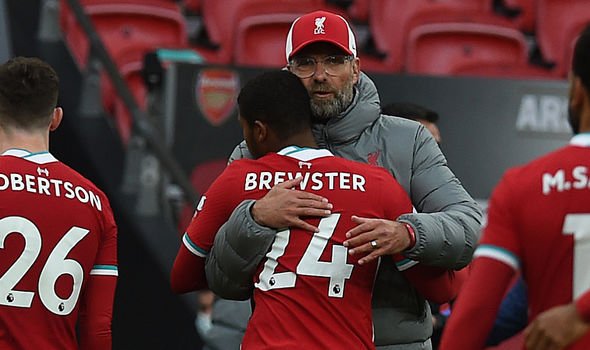 That could see Edwards demand in excess of £20m given his sparkling displays in the second tier last term, although it is mentioned that no final decision has yet been taken.

Brewster made his personal ambitions clear last month before travelling with the Liverpool first-team squad for their pre-season training camp in Austria.

Speaking to The Beautiful Game Podcast he said: “Of course I want to be at Liverpool next season, be fighting for a spot to play. Who is not going to want to play at the home of the champions?

“Of course you’re not really wanting to go on loan but if that’s the best thing for me to do in that situation, so I’m going to get more game=time then that’s what I’m going to do.

“But realistically, I want to play at Liverpool, I want to be ‘the striker’.”

“I’m just going to go to Evian and work hard and do what I can. And whatever the boss says I need to do, I’m going to accept – whether I stay, whether I go back on loan.”