Liverpool midfielder Adam Lallana could upset supporters if he refuses to extend his contract until the end of the season, according to transfer expert Duncan Castles. Lallana’s contract at Liverpool is set to expire at the end of June.

However, due the coronavirus pandemic, Premier League clubs will be permitted to extend the contract of players who are in the same situation as Lallana for the remainder of the season, which looks set to run into July at least.

But all parties must agree to the extension and players could refuse if they so wish.

Liverpool were running away with the Premier League title before football was suspended in March, needing a maximum of six points from their remaining nine matches to secure their first title since 1990.

Castles says Lallana could jeopardise any future move if he continues to play for Liverpool beyond June and therefore can see him refusing to stay. 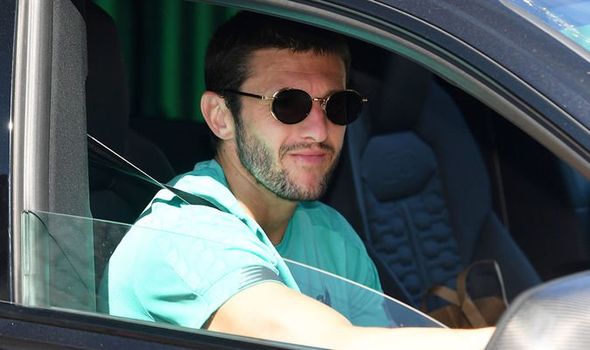 He said on the Transfer Window podcast: “If you’re Adam Lallana and you go and play a game for Liverpool and you suffer an Achilles [injury] or an ACL that costs you at least six months recovery time, does the club that’s offered you a contract – which is facing like all the other clubs financial difficulties because of the coronavirus – do they go through with signing you when they don’t know what they’re going to get at the end of that period?”

But Castles also thinks that decision from Lallana would leave Liverpool supporters, who are desperate for the season to reach a natural conclusion, upset because it would not help their case in ensuring football resumes as soon as possible.

“I think in his case it’s going to be probably an even harder decision because he has that opportunity to win the Premier League title,” Castles added.

“But also I think there will be a degree of external pressure on him to make that decision in the right way.

“So you can imagine, were he to say: ‘No I’m not going to play, this is too much of a risk, I just can’t afford to take it on and jeopardise the possibility of the long-term contract that’s being presented to me by another club’ you can imagine that that will go down badly with certain Liverpool supporters.

“There is a group of Liverpool supporters that are pushing very hard that the season is completed because they want to see the title awarded at the end of a full season of fixtures, so that people cannot criticise the first Premier League title win of Liverpool.

“And for one of their own players to say

“It’s a war effectively that’s going on in the Premier League at the moment between players and clubs who do not like the way in which Project Restart has been shaped up.”