Mohamed Salah remains Liverpool’s talisman in what has proven to be a disastrous campaign for Jurgen Klopp but, Jay-Jay Okocha thinks this summer presents the perfect opportunity for the winger to jump ship and move to Barcelona. Liverpool entered the current season high of confidence having just won their first top flight league title in 30 years.

Salah scored 19 goals as Liverpool stormed to Premier League glory and Liverpool strengthened further in the market by bringing in Diogo Jota and Thiago Alcantara.

And things got off to a perfect start with three consecutives wins over Leeds, Chelsea and Arsenal to start the defence of their title.

But things have slowly unravelled since then with injuries taking their toll on Klopp’s squad.

Virgil van Dijk and Joe Gomez were soon ruled out for the remainder of the season while players such as Jordan Henderson, Fabinho, Joel Matip, Naby Keita and Thiago picked up injuries along the way among others.

JUST IN: Steven Gerrard sets out conditions for him to take Liverpool job 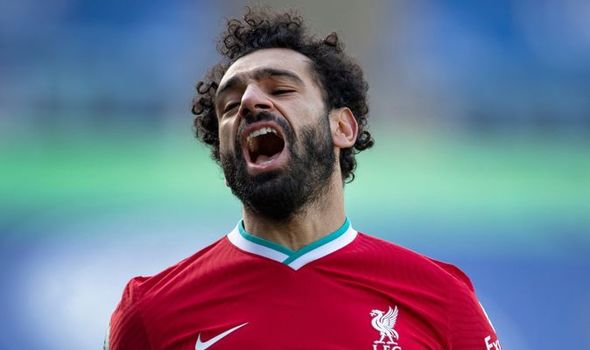 Their title chances have been completely derailed in recent weeks with Liverpool losing four consecutive league games, three of which came at Anfield.

Despite their horrendous form, Salah remains top of the goalscoring charts in the Premier League.

And a decision will soon have to made over his future with the Egypt international entering the final two years of his contract.

A move to Spain has long been touted for the 28-year-old, and he did nothing to squash those rumours back in December.

Salah gave an interview in which he refused to rule out a move to Real Madrid or Barcelona in the future.

And Okocha believes now is the time for Salah to head to the Nou Camp should they make an approach this summer.

“If there is a chance to join Barcelona, ​​I advise Salah to go there,” Okocha told ONTime Sports.

“His energy has run out with Liverpool.

“The situation is now regressing in Liverpool, and Salah must leave the Premier League.”

Despite Salah’s incredible achievements since joining Liverpool, he’s often dismissed when there is talk of the current best players in the world. 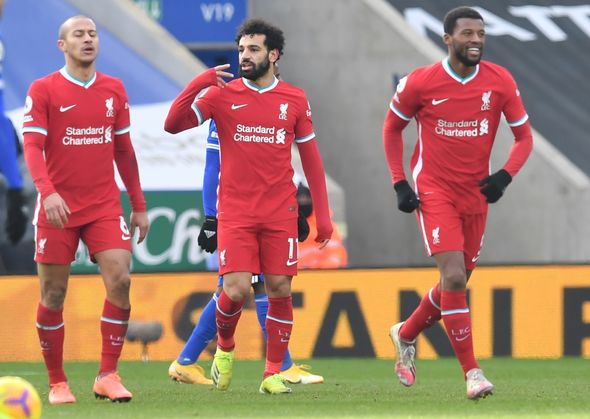 Klopp though, speaking after last week’s win over RB Leipzig, insists the forward is widely praised inside Liverpool.

“It would be really strange and really unexplainable why he shouldn’t get the credit. He gets the credit here, internally, for sure for all these things.

“He played an outstanding game against Leipzig, and not only because he scored. No, in all the other parts.

“Actually my favourite moment in the game, especially a knockout game, was when he won the headed challenge in our own box after 87 minutes or something like that, when Angelino was in his back and wanted to volley the ball in.

“He played an outstanding game. He gets all the respect from us.

“If you don’t give him the right amount of respect, you have to ask yourself why that is the case.”