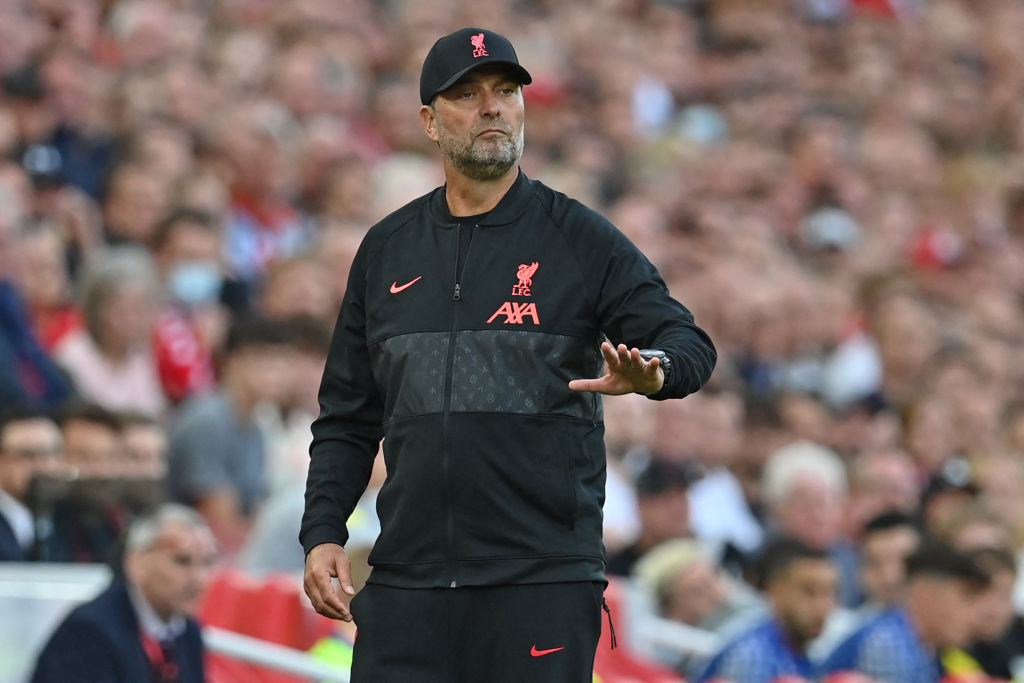 Naby Keita’s agent has fired a dig at Jurgen Klopp after the Liverpool manager opted to leave the midfielder on the bench in Saturday’s 1-1 draw against Chelsea at Anfield.

The Reds started brightly but went behind to a Kai Havertz header as Chelsea threatened to extend their lead, though the game flipped on its head when Reece James was sent off for handling the ball on the goal-line.

Mohamed Salah dispatched the resulting spot-kick but Liverpool were unable to find a winner as 10-man Chelsea dug in and defended resolutely.

Keita had started Liverpool’s first two matches of the Premier League season in wins over Norwich and Burnley, but he was dropped from the starting line-up against Chelsea.

Even as Liverpool pushed for a winner, Klopp opted to bring on the likes of Thiago Alcantara and Kostas Tsimikas instead of Keita even though the Guinean has been in excellent form, particularly impressing during pre-season.

Now his agent, Malick Kebe, has criticised the Liverpool manager for leaving Kieta out of the team against Chelsea and believes the Merseysiders dropped two points due to Klopp’s decision.

‘It’s really hard for me to understand Klopp, you have to be him to put Naby Keita on the bench right now in this form,’ he wrote on Twitter.

‘Your super coach is solely responsible for this draw against Chelsea.’

Keita has struggled to live up to his £48million price tag since joining Liverpool and Kebe appears to lay the blame on Klopp, having criticised the German coach at the end of last season too.

‘The day that coach Klopp gets Naby Keita to play in his favourite role you will see what he will bring to Liverpool,’ he wrote in May. ‘He is a playmaker, not a scavenger.’

With Keita benched, youngster Harvey Elliott played 90 minutes against Chelsea and Klopp was very happy with his display, saying: ‘It was good. He looked good last week obviously in the game, was good during the training week.

‘Harvey was from the first day of pre-season with us, pretty much the only midfielder we played so far [who that applies to] apart from Naby and Ox. He looks fit obviously and can just deal with 95 minutes and that’s important for us. It was important today and that is why we started him and that’s why we left him on the pitch.’