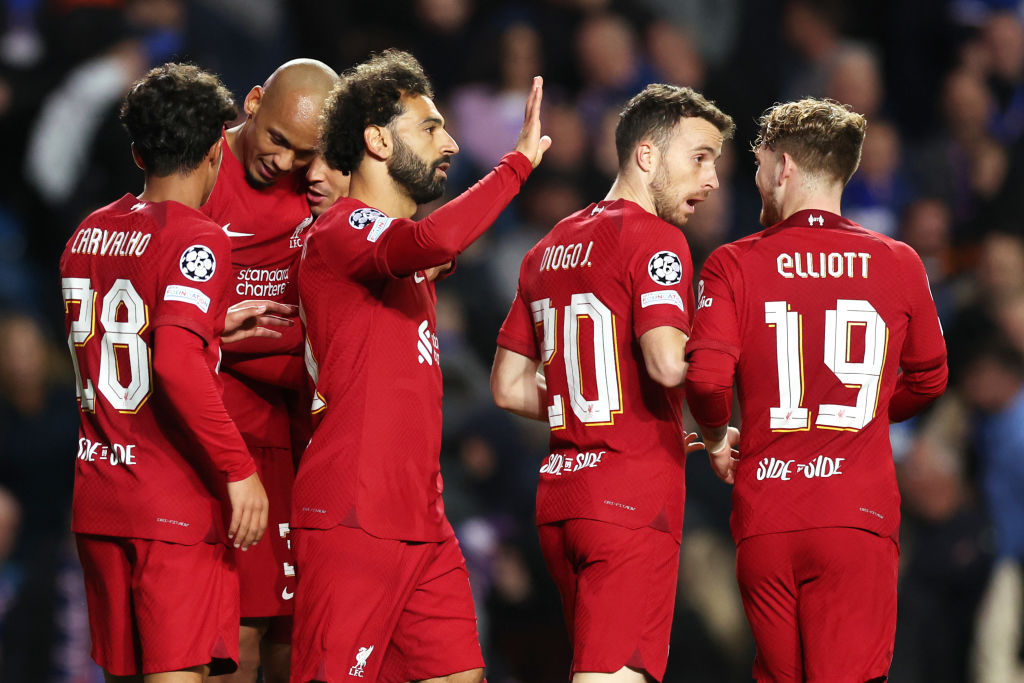 Liverpool may have enjoyed a superb night at Glasgow Rangers on Wednesday, thrashing the home side 7-1, but Rio Ferdinand still fears for the ‘fragile minds’ in Jurgen Klopp’s squad.

It was a memorable evening for the Reds, as they scored six times in the second half, including the fastest hat-trick in Champions League history as Mohamed Salah came off the bench to score three times in six minutes and 12 seconds.

However, once again Liverpool conceded first, with Scott Arfield putting Rangers ahead after 17 minutes, a probably that continues to blight the Reds so far this season as they struggle for results in the Premier League.

After defeat to Arsenal on Sunday, Liverpool sit tenth in the top flight with just two wins from eight games, and although the romp in Scotland will boost morale, Ferdinand still thinks there will be weakness in the Reds’ confidence.

Klopp’s men take on Manchester City at the weekend in a huge Premier League clash and the former Manchester United defender says the German will be worried about how they are starting games.

‘Putting the ball in the back of the net, you can’t get bored of that, all it does is breed confidence, whether it’s a tap-in or a worldie,’ Ferdinand said on BT Sport.

‘I’m sure them players will be going into this huge game against Man City bouncing with confidence, but still there will be fragile minds as well when things maybe don’t go their way.

‘This team are accustomed to going one goal behind in games, it’s happening far too often

‘That’s one of the things that will be irking the manager. He’ll be thinking, “Why is this? Why can’t we start the game properly? Why are we giving teams a goal start at the moment?”

‘They are things they’ve got to change to make their season have a drastic change.’

Rangers legend Ally McCoist was impressed with the Reds and thinks Salah will be raring to go against City, but also reckons the champions will have seen weakness in Liverpool.