Liverpool transfer target Timo Werner has a “head start” ahead of his potential move to Anfield due to his friendship with Reds manager Jurgen Klopp, according to former Leeds United striker Noel Whelan. Werner has long been linked with a move to Liverpool to join up with fellow German Klopp.

Recent reports claim the RB Leipzig forward has held several phone calls with Klopp to discuss a move to Merseyside.

Whelan says he can fully understand why Werner would want to play for Klopp, who he rates as the best manager in the world.

And he reckons the striker already has an advantage after already building a friendship with his potential new boss.

“Jurgen Klopp is that manager that he wants to play for,” Whelan told Football Insider. 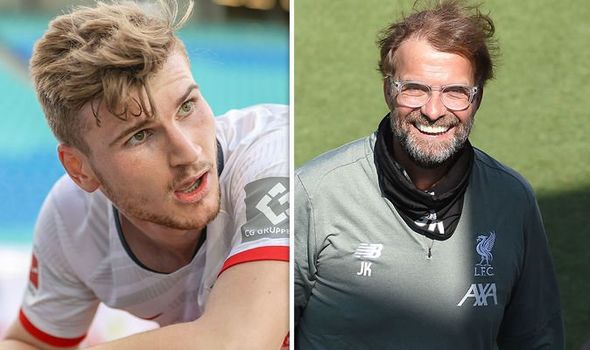 “You are talking about getting a head start in a transfer – well they have got a friendship already.

“He would be a fantastic signing for Liverpool to bolster that front-line which is already so dangerous and potent in front of goal.

“There is no doubt that Jurgen Klopp is the best manager in the world right now.

“He is the perfect manager for modern-day football – man management, a winner and gives youth a chance.

“Players just want to play for him and not let him down. No wonder he wants to join such a good club.”

Werner has scored 21 goals in 26 Bundesliga matches this season ahead of Leipzig’s clash at Mainz on Sunday.

The 24-year-old has scored a minimum of 13 goals in each of his four seasons in the Bundesliga with Leipzig, which has led to transfer interest from the likes of Liverpool and Bayern Munich.

But Werner has reportedly turned down a move to reigning German champions Bayern as he wants to join Liverpool.

And Christian Falk, the Head of Football at German outlet BILD, reckons Werner will end up at Anfield in the next transfer window. 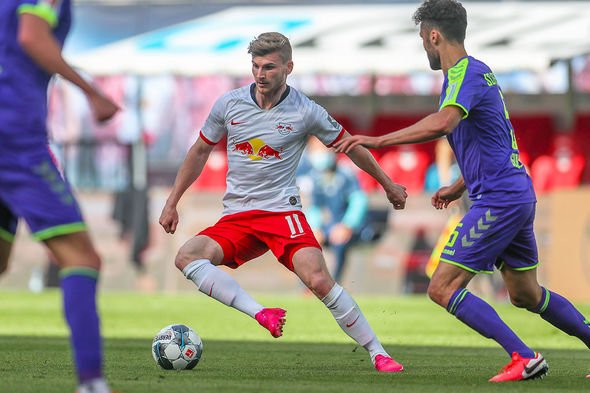 Falk told lfctransferroom: “According to our information, the clause is 55 million as a base value and can grow to 60 million if RB Leipzig makes it into the Champions League.

“And yes, I think this transfer is happening. Interestingly, Werner now has a new Social Media and Marketing agency.

“The boss of this agency is also Jurgen Klopp’s manager.