Liverpool boss Jurgen Klopp could be set to call upon his tried and trust front three when the Premier League champions look to execute yet another famous European night at Anfield. The Reds trail Real Madrid 3-1 from the first leg in Spain and never really got going against Zinedine Zidane’s men, who were without both Raphael Varane and Sergio Ramos.

Both will be missing once again on Merseyside and Liverpool will need to score at least twice if they are to reach the semi-finals.

Roberto Firmino was a late substitute in Madrid having started the game on the bench but he could be recalled to the starting XI.

Liverpool sorely missed his link play and Diogo Jota looked lost playing through the middle as a centre-forward.

Although the Portuguese has been bright since returning from injury, he could be the one to make way tomorrow night when Klopp names his team. 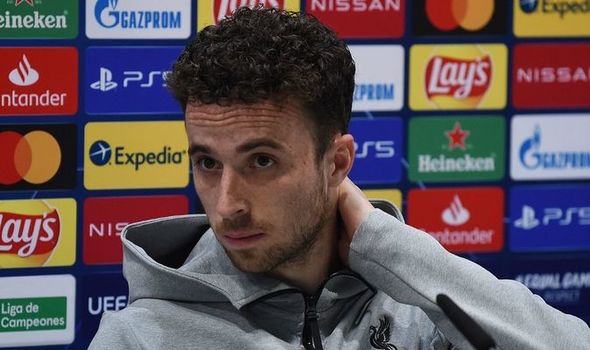 There is still the faint chance that the Liverpool boss could name all four of his star attackers but he is likely to name a solid midfield trio behind them.

Alisson will start in goal, despite missing the team’s training session yesterday.

At the back, it should be an unchanged defence with Andy Robertson, Trent Alexander-Arnold, Nat Phillips and Ozan Kabak all taking to the field in quest of a crucial clean sheet.

Ahead of them, Fabinho and Gini Wijnaldum are the two guaranteed starters.

It will then be between James Milner and Thiago Alcantara for the final starting role.

Klopp knows the experience and leadership of Milner could be essential if Liverpool are to pull off another memorable comeback.

That being said, Thiago also knows how to win this competition having won the trophy with Bayern last season.

Curtis Jones and Divock Origi may not be available after missing training with injury.

Sadio Mane is out of form but Klopp will be confident he has what it takes to come up trumps when it matters.

Mohamed Salah is nailed on to start, while Firmino should get the nod through the middle. 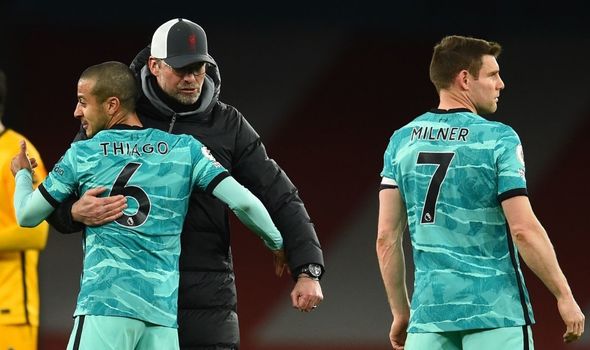 Jota would consider himself incredibly unlucky not to play but he is likely to get the last 30 minutes from the bench where he will provide a major goal threat.

Klopp is quietly optimistic about Liverpool’s chances of making the last four, although they will be unable to rely on their 12th man.

“When you’re 3-1 down it looks like you are already out, that means you have not a lot to lose, let me say it like this,” he said.

“We will give it a try, I think that’s the job we have to do and that’s exactly how we will go for it, if you want.

“It’s a result of the performances on the night – they were better than us, we were not as good as we could have been or should have been. But it’s the first half of the [tie].”