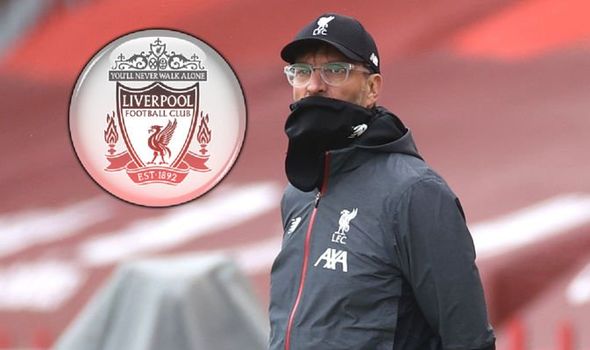 Liverpool do not feel under any pressure to make signings – nor do they feel pressure to sell any of their current stars – in the current market despite the flurry of activity among their rivals.

The Reds are currently in talks to recruit Norwich left-back Jamaal Lewis as back-up to the reliable Andy Robertson.

A £10million opening bid has been rebuffed as the Canaries seek up to double that amount for their academy graduate.

But Liverpool, who also like Olympiakos’ Konstantinos Tsimikas as an alternative to Lewis, do not feel that any deals are a necessity.

That’s despite there being no natural left-back deputy to Robertson with midfielder James Milner and right-back Neco Williams having been used there. 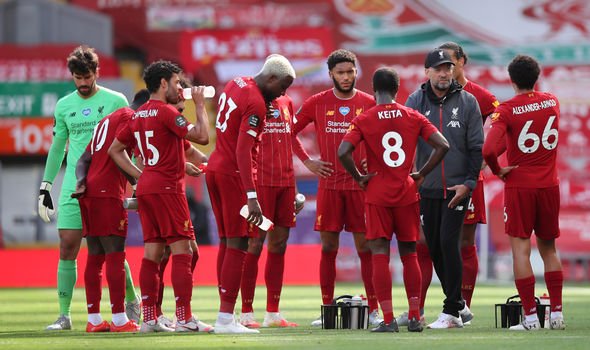 But despite how busy their rivals are in the market, Liverpool will not be influenced by the teams around them, say The Times.

Title rivals Manchester City have spent £60m to recruit defender Nathan Ake and forward Ferran Torres, who will replace Leroy Sane, and could target another defender such as Kalidou Koulibaly.

While Manchester United are in negotiations over a deal for Borussia Dortmund’s Jadon Sancho that could exceed £100m and could also spend money on their defence.

Chelsea have signed Hakim Ziyech and former Liverpool target Timo Werner and also want to add Kai Havertz as well as a left-back and a goalkeeper.

That means next season’s title tussle could be contested between as many as four times, while Tottenham and Arsenal will harbour hopes of crashing the party too.

But Liverpool are reportedly confident enough in their current squad – even though they have let go the likes of Adam Lallana and Dejan Lovren in recent weeks.

Lovren was sold to Zenit St Petersburg for just shy of £11m and The Times add that the Merseyside club’s sporting director Michael Edwards will not let players leave on the cheap.

That’s with the possibility that the likes of Divock Origi, Xherdan Shaqiri, Harry Wilson and Marko Grujic could also all be moved on from Anfield in the coming weeks.

But they will only be sold if Liverpool receive the right bids, with reports suggesting a bid from Villa for Origi has recently been rejected.

And their approach towards new deals is that their rivals are looking to catch them up, and so their need for fresh faces is not as urgent.

Klopp and co. could yet make a few additions but are waiting to learn more about the financial repercussions of the coronavirus crisis before they commit to any deals which would involve big transfer and agents fees as well as lucrative new contracts.

Liverpool’s current stance echoes manager Klopp’s comments last month, as the German noted their lack of business in the summer of 2019 – with their only major addition coming in back-up goalkeeper Adrian, on a free.

After making no major signings, many tipped City to win the league but Liverpool bettered their 97-point runners-up campaign to rack up 99 points in 2019-20 and win the Premier League title for the first time.

“I am happy with my squad 100 per cent. I was last year when people wanted us to sign him and him but because of our reasons we did not do it,” Klopp said.

“It’s not that we don’t want to, we try to make the right decisions constantly and then COVID came. The situation changed and not for the better.”

“It’s not that we think we cannot improve with transfers, we do what is right for us and what we are able to do, that’s all.

“If other teams invest I have no idea, they may know more about the future, I don’t know. But the main difference between us and other teams this year was consistency.

“You saw how tight the game was against Chelsea when we won 2-1 I think, but they are 25 points or so behind us.

“However these are not the gaps you see on the pitch. They can really play football and they could have won that match, but my boys were resilient like mad.

“We put absolutely everything into the game and that’s what the difference was.

“I don’t know if you can get that sort of thing on the transfer market. We had to build this and it’s not about spending.

“It is about having the right team for the next season, based on your own situation.

“The club cannot buy just because other teams buy and everyone wants us to. We buy if we have the money for it and the need for it.

Klopp added: “Imagine last year, 97 points and what would your recommendation have been to me transfer wise? Who should we have brought in to close the one-point gap to Manchester City? I don’t even know who was available.

“There were a lot of recommendations out there I’m sure, but we didn’t and you saw what happened.

“We will have a lot of tests next year, like we did this year and last year, we have to make sure we are ready.

“Some of them can be solved in the transfer market, but not all of them.”