Timo Werner would not be a good fit for Liverpool. That is according to former Reds midfielder Dietmar Hamann, who struggles to see how the RB Leipzig hotshot would fit into Jurgen Klopp’s team. Liverpool are interested in bringing the Germany international to Anfield in the summer transfer window.

Werner has already made his intentions clear by openly flirting with the prospect of moving to Merseyside at the end of the campaign.

There is confusion over the expiration date of the 24-year-old’s release clause, which is believed to be worth around £50million.

But Hamann does not believe Liverpool should splash the cash because Werner is not good enough on the wing nor possesses the qualities to replace Roberto Firmino in Jurgen Klopp’s system.

Speaking on The Athletic’s Steilcast Podcast, Hamann said: “I don’t think he’s a player for [Bayern] Munich or Liverpool [with] the way they play at the moment. 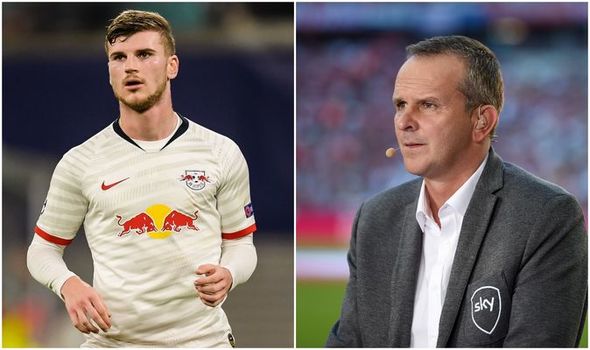 “I read quotes from journalists or people close to the club in Liverpool when he always said Liverpool is a great club [and that] Klopp is the greatest trainer that he was a bit too forward in showing interest in going to Liverpool.

“Where’s he going to play? Even if Mane or Salah go [then] out wide is not his position and the centre forward position, the way they do play, is probably the most crucial one.

“Firmino is portably a bit underrated in some peoples’ eyes. He’s a ball-playing centre forward, he probably doesn’t get the goals that other players get but he brings other players into position and that’s certainly not Werner’s game so [it’s] a no from me.”

Another of Hamann’s former clubs, Bayern Munich, are keen on Werner but the former Germany international is equally baffled by the possibility of a move to Allianz Arena.

“I’m really surprised that Hansi Flick is so keen. We’ve seen him in the national team in certain games when he plays out wide he’s not tricky enough.

“You need trickery, you need to beat a player by shifting your weight. It’s not his game and therefore I’d be very surprised if he were to come to Munich.”

He told Betfair: “Every season they are up there in the Champions League and they have been dominant in Germany. To be honest, it looks like a sensible move for Werner, he knows the league, they know him there, he can get used to his surroundings a lot easier. The only thing for me that I may question is if he goes there he will have a lot of competition to face in Robert Lewandowski, Serge Gnabre, Kingsley Coman and potentially Leroy Sane, who they are also linked with, so there are a lot of similarities for one or two positions. 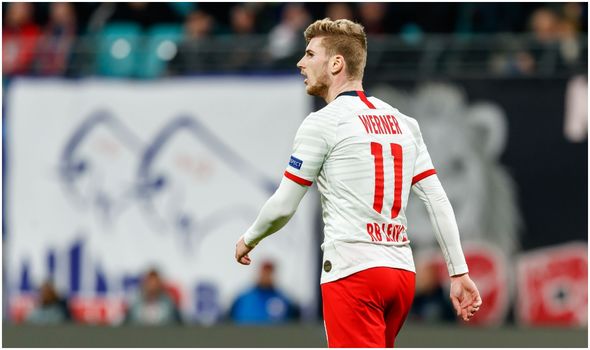 “But, like I said, it makes more sense for him to go there than move to England where it will probably take him a bit more time to adjust to things.

“When you are a player in that position and a few teams want you it feels good but it can make your head spin and you get sleepless nights because you want to make the right decision.

“I don’t think Liverpool will miss out if he doesn’t move to Merseyside, their front three are so good. I don’t see many players coming close to them at the moment, the way they link up, the way they switch positions is so phenomenal. It’s hard to see someone else fitting in the way they do.”