The game was just 30 minutes old when Virgil van Dijk’s absence was laid bare. Thankfully for Liverpool, Ajax failed to score but at the back, the Reds were at sixes and sevens. The unpredictable nature of Adrian spread fear throughout the Liverpool backline and Joe Gomez looked short of confidence with several clumsy touches and wayward clearances in the face of the aggressive Ajax press.

Yet if there is one saving grace for Jurgen Klopp, it’s that he has somebody to rely on in the form of Fabinho.

The Brazilian’s fight, spirit and quality embodies the spine of this Liverpool side, who will now depend on him more than ever.

Not for the first time this season or in this competition, Fabinho dropped in at centre-back but this time in place of the absent Van Dijk as the Reds embark on the rest of their season without him.

He was the bedroom that held Liverpool together at times. Heading, tackling, battling and organising at the back. 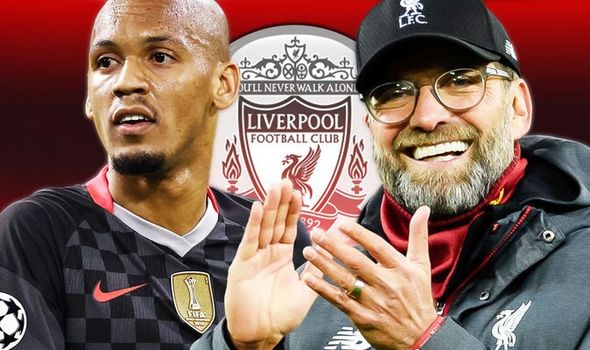 But while the rest of the Liverpool defence stood still, Fabinho saw the danger and scurried towards the goal line to volley clear.

It was an opening that filled the hosts with confidence and they began to up the intensity and pressure on the reigning world champions.

Liverpool were relieved to hear the sound of Felix Brych’s whistle at the interval and it came shortly after another textbook crunching Fabinho challenge on the edge of his own box, this time on former Manchester United man Daley Blind.

If Van Dijk is the best centre-back in world football, Fabinho looked a close second in Amsterdam.

Not only was he resolute against the pace and power of the Ajax attack but his distribution was second to none when bringing the ball out from the back.

This was a night where Liverpool had to stand strong and pick their moments, particularly after Mohamed Salah, Sadio Mane and Roberto Firmino left the field on the hour mark.

All three were relatively quiet by their sky-high standards, despite Mane forcing the opener thanks to the help of Nicolas Tagliafico.

Fabinho rarely puts a foot wrong and his selflessness remains imperative if Liverpool are to win major honours this season. 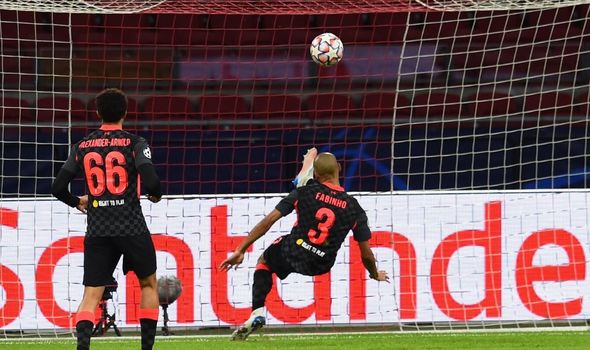 Much like Van Dijk, his sheer presence instills confidence into the likes of Gomez and enables Liverpool to weather any storm.

While Klopp may miss his bite in midfield, the Reds are well stocked in the engine room thanks to the arrival of Thiago Alcantara and emergence of Curtis Jones.

Van Dijk was deemed indispensable before his injury and now the going will get tough but if there’s one player Liverpool must now keep fit, it’s Fabinho.

They can hardly wrap him up in cotton wool but Klopp must protect him at all costs on the training field.

Without their MVP Fabinho, Liverpool’s hopes of silverware really could be left hanging by a thread.