Livingston expect Jack Fitzwater to be on the bench while Ryan Hedges is suspended for Aberdeen; free match highlights will be published on the Sky Sports website, app, and YouTube channel 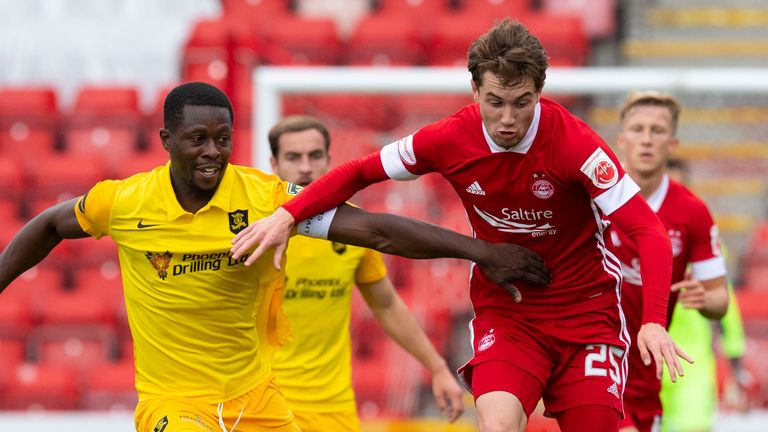 Team news, stats, and predictions for Livingston’s rearranged home clash with Aberdeen in the Scottish Premiership on Wednesday night.

Livingston expect Jack Fitzwater to be on the bench for their Scottish Premiership clash with Aberdeen following a recent lay-off.

Defender Fitzwater and an unnamed player will have a fitness test. Keaghan Jacobs (foot) and Alan Lithgow (hip) are long-term absentees.

Ryan Hedges is suspended for Aberdeen after being sent off in the 2-1 defeat by Rangers on Sunday.

How to follow: Livingston host Aberdeen at 7.45pm on Wednesday. Free highlights will also be published on the Sky Sports digital platforms later that evening.

David Martindale has yet to taste defeat since taking over from Gary Holt and with Aberdeen also enjoying a fine run of form before the Rangers defeat, this is sure to be a close game.

Eight wins on the spin in all competitions is tremendous form for fifth-placed Livingston. The most important aspect is that they are well clear of the bottom two and can now reasonably aim to finish in the top six.

Before the loss to Rangers, Aberdeen recovered from a goal down on Boxing Day at home to St Johnstone to win 2-1 and regain third place in the table.

It’s that never-say-die attitude that Derek McInnes has instilled into his side that has seen them be so consistent over the years. Defensively they don’t make many silly errors and Livingston have been similar in their recent approach.