Home » Soccer » Luis Suarez is a pain in the a**, claims Antonio Rudiger

Luis Suarez is ‘a pain in the a**’, claims Antonio Rudiger after Atletico Madrid striker pinched him… but Chelsea defender insists he relishes the challenge of facing ‘world class’ players like him

Antonio Rudiger has claimed Luis Suarez is ‘a pain in the a**’ after the duo’s much talked-about confrontation in Chelsea’s first leg against Atletico Madrid.

The Germany defender clashed with his Uruguayan counterpart in the first leg of the club’s last 16 Champions League tie in Bucharest, before Olivier Giroud’s winner saw the Blues take a decisive lead back to west London.

Replays of the duo’s incident showed Suarez pinched Rudiger’s leg, which resulted in the two squaring up to each other after the ball had gone out of play. 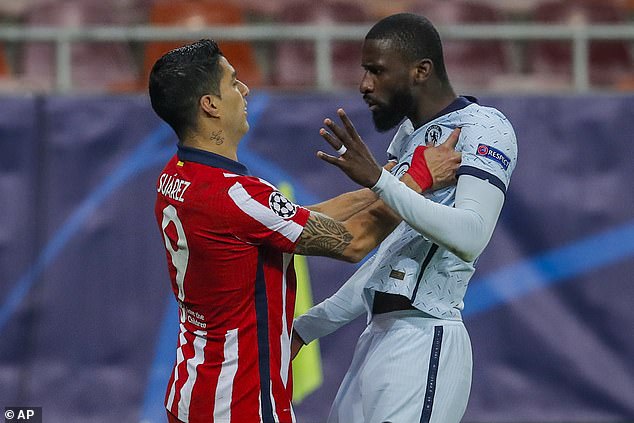 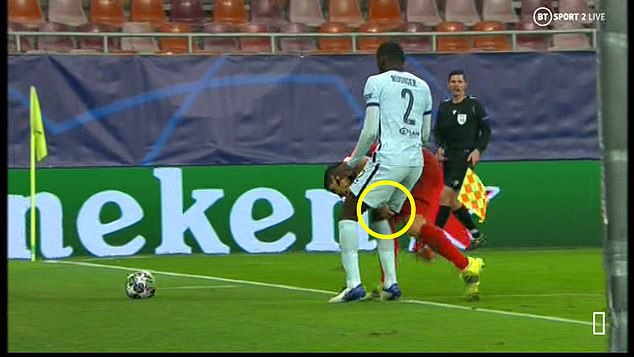 But ahead of the second leg at Stamford Bridge, Rudiger said Suarez was a ‘tough’ opponent but insisted it is the type of challenge he relishes on the field.

‘A tough player to play against, but I like these types of challenges,’ Rudiger told BT Sport.

‘This guy is a pain in the a**, but he is still a world class player. To battle against a player like him for me is joy, this is why I play football.

‘We all don’t like when things are going badly, but this is a challenge to yourself, you have to challenge yourself always.

‘I always say that I am very, very happy to fight for this badge, but I am enjoying this moment, it is very nice.’ 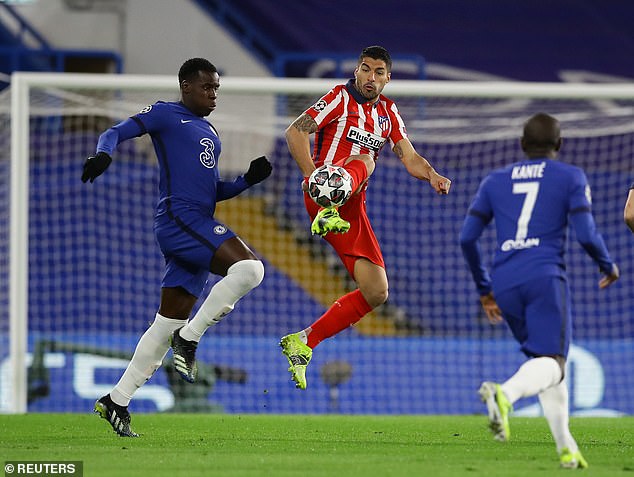