‘I will do everything’: Lyon chief Jean-Michel Aulas assures fans he is doing all he can to persuade Memphis Depay to stay at Ligue 1 side with his contract due to expire in 2021

Lyon chairman Jean-Michel Aulas has said he will do ‘everything’ he can to persuade talisman Memphis Depay to stay at the club.

Depay has not been quiet about his desire to move to a bigger club in the future and his current deal with the Ligue 1 side expires in 2021.

But Aulas is hopeful the striker will stay at the club and sign a new deal, as he stated he ‘trusts him’. 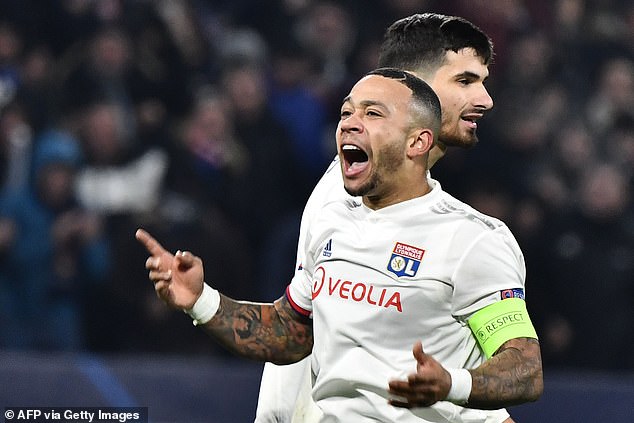 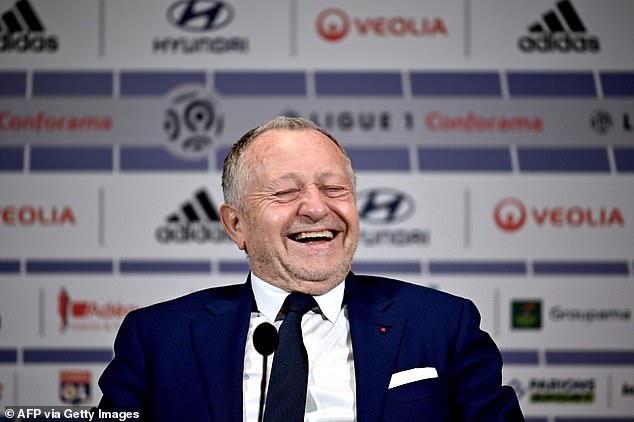 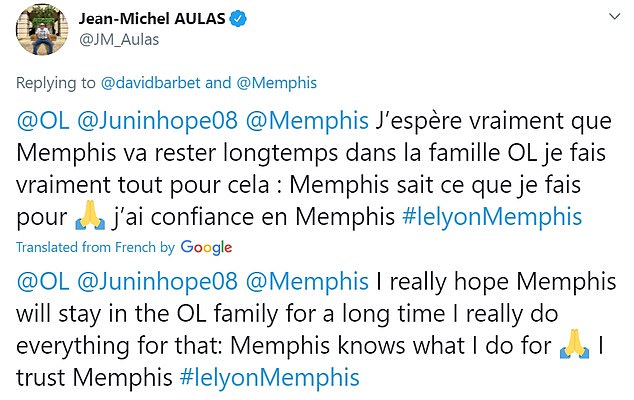 On Twitter, the club’s chief said: ‘I really hope that Memphis will remain in the OL family for a long time to come.

‘I will do everything for that. Memphis knows what I’m up for, I trust him.’ 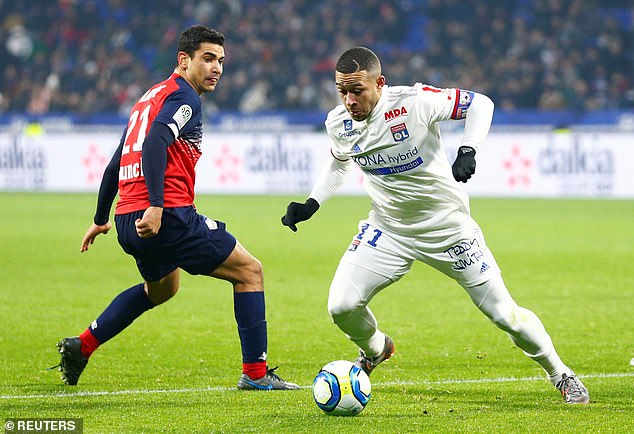 The Holland international made a big money move to Manchester United in 2015 from PSV Eindhoven, but he failed to settle in at Old Trafford.

Depay has scored nine goals and got two assists from his 12 Ligue 1 performances this season.