A man has been arrested over posts relating to Chelsea 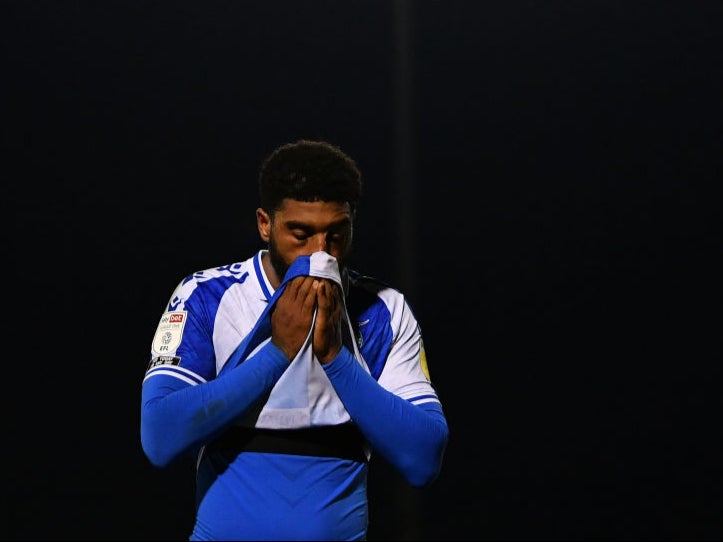 Little has become the latest footballer to be targeted online, with the 32-year-old highlighting on Twitter a racist response to a photo he posted on Instagram from an account that has since been deleted.

Rovers were quick to show their support for Little and reported the incident to Avon and Somerset Police.

Inspector Rob Millican said in a statement posted on the force’s Twitter account: “We are carrying out a full investigation into a racist social media post sent to a Bristol Rovers footballer on Sunday (February 7).

“Our football liaison officer has made contact with the club and is arranging to speak to the player (on Monday) to take a statement.

“As part of this investigation, we’ll be contacting the social media company to try and obtain the details of the account holder and the incident will be referred to the UK Football Policing Unit (UKFPU) and Kick It Out.

“There’s no place for any form of racist abuse. It’s abhorrent, unacceptable and will never be tolerated.”

The former England Under-19 defender moved to Rovers from Bolton in June 2019 on a free transfer and has made four appearances for the Pirates this season.

The club said in a statement on Twitter on Sunday: “There is no place in sport or society for racism. Racism and discrimination will not be tolerated at Bristol Rovers.”

The Football Association has called for immediate government intervention in the fight against racism after Manchester United players Axel Tuanzebe and Lauren James were also targeted on social media.

Last month, the Duke of Cambridge, president of the FA, described the racist abuse aimed at footballers as “despicable” and urged it “must stop now”.

An FA statement read: “It has been yet another weekend where players are facing discriminatory abuse and having to deal with anonymous keyboard warriors who hide in a world of impunity. At The FA, we believe that enough is enough.

“We will continue to do everything we can to stamp discrimination out of the game, but we implore the government to act quickly and bring in the appropriate legislation so this abuse has real-life consequences.”

Responding to the Tuanzebe abuse, Facebook said that it has “taken action to remove accounts” and would have “more to share soon” on the next steps. The company said it was investigating the abuse of James.

Culture secretary Oliver Dowden said: “The online racist abuse of footballers is absolutely shocking and must stop. In advance of this recent spate of cases, I heard first hand accounts of the daily abuse players get and the awful toll it takes on them.

“We are going to change the law to make social media companies more accountable for what happens on their platforms, and they can start showing their duty of care to players today by weeding out racist abuse now. Players must not be abused for doing their jobs – enough is enough.”