Manchester City boss Pep Guardiola has urged club chairman Khaldoon Al-Mubarak to do everything it takes to sign Napoli star Kalidou Koulibaly. Koulibaly has been highly sought-after in the last few years by some of Europe’s heaviest hitters but the centre-back’s £75million release clause pose as a major obstacle.

But the Senegal international remains one of Guardiola’s top transfer targets as the City manager sees him as the perfect replacement for former captain Vincent Kompany, who left the club last summer.

However, City have not been on good terms with Napoli these past two years and that could further complicate negotiations between the two parties.

The clubs’ bad blood stems back to 2018 when the Citizens came close to landing Jorginho but the Partenopei ultimately sold him to Premier League rivals Chelsea.

JUST IN: Lionel Messi returns to Barcelona training after failing to force a move away 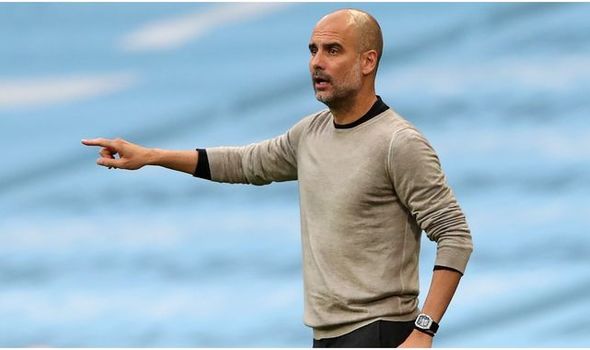 But Guardiola has pleaded with the City chairman to put aside any grudges and do his best to bring the 29-year-old defender to the Etihad. 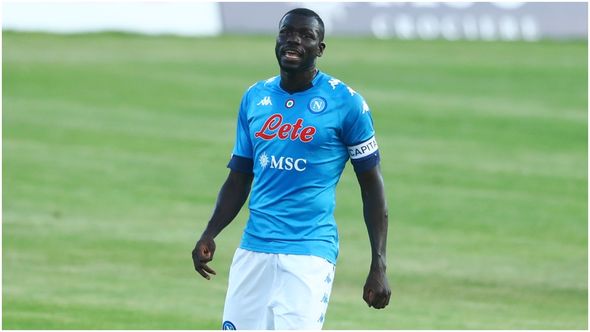 The Manchester giants appear to be heeding the Catalan manager’s calls as they are trying to use Koulibaly’s agent Fali Ramadami as a go-between.

Ramadami met with City officials to hear out their offer and is now expected to fly to Naples to deliver the Premier League club’s offer to De Laurentiis.

Guardiola wants to make even more additions in his defence despite buying Nathan Ake for £40m from Bournemouth in the summer.

City are looking to make some space at the back and are set to listen for offers regarding John Stones, whereas Eric Garcia appears to be on his way to Barcelona.

Koulibaly isn’t the only star player the Citizens have been linked with as reports suggested they tried to sign Lionel Messi after he handed Barca a transfer request.

Messi was reportedly keen to reunite with Guardiola as they worked together for four years at the Nou Camp and won three consecutive La Liga titles as well as two Champions League trophies.

However, the six-time Ballon d’Or winner made a dramatic u-turn after the club slapped a staggering €700m (£628m) price tag on him.

The Argentina international disputed that release clause but didn’t wish to drag his beloved club to court after 16 years of loyal service.