It was a gap that was even bigger than the two goals Manchester City won by overall, and so much more than the 4-2 aggregate scoreline. It was one Real Madrid fell through, and that may have seen Pep Guardiola’s side leap to the next level. Perhaps the level required to finally win this tournament.

That’s what they looked like, like European champions. That’s not what Madrid looked like at all. City were so much better – but not just as a team, also in terms of idea of play.

That is why this was not just one of the club’s most significant victories in the competition, but may have been a hugely significant night for the Champions League. City claimed a fine win that got them further in the competition in 2016, beating Paris Saint-Germain to reach the semi-finals. But what was so big about this win was that it was not about getting to the level. It was about showing City are the level. They may well be the best side left in the competition, and that has greater consequences and significance for everyone else, too.

Watching it, and the way a defender as accomplished as Raphael Varane struggled with pressure, and Madrid struggled with any kind of pressing at all, it was impossible not to feel they had fallen way off that level.

The club that had dominated the last half decade of the competition no longer looked up to it. There were long stretches when it was as if this was the first time they were facing any kind of pressing in a year – perhaps ever. They were giving up that many chances. It was the source of both goals. They were struggling with a staple of the modern game, that Gabriel Jesus was giving them a lesson in.

Maybe – as with clubs like Paris Saint-Germain, Juventus and Bayern Munich over that same span of time – this is the negative consequence of being so superior to most of your domestic league. You can no longer handle it when it’s put up to you.

It similarly maybe shows the power of image and impression in this competition. The reality, after all, is that Madrid have been like this for much of that half-decade. There have been so many periods where they haven’t looked that convincing, or that good… but there’s always been that sense of ever-present danger that has played on opposition sides’ minds and ultimately helped them win.

That is why Guardiola deserves real credit for this, and similarly solving a tactical and psychological dilemma.

Madrid’s reputation for just getting the job done like European champions in this competition has almost been matched by City’s for getting it wrong, often in the most chaotic ways. This would have played on all their minds, especially Guardiola’s, and especially after Karim Benzema’s goal.

City had up to then been in complete command. That wasn’t just command of the game or the ball, but also the space. Their hard pressing with players of that quality was causing Madrid real problems. 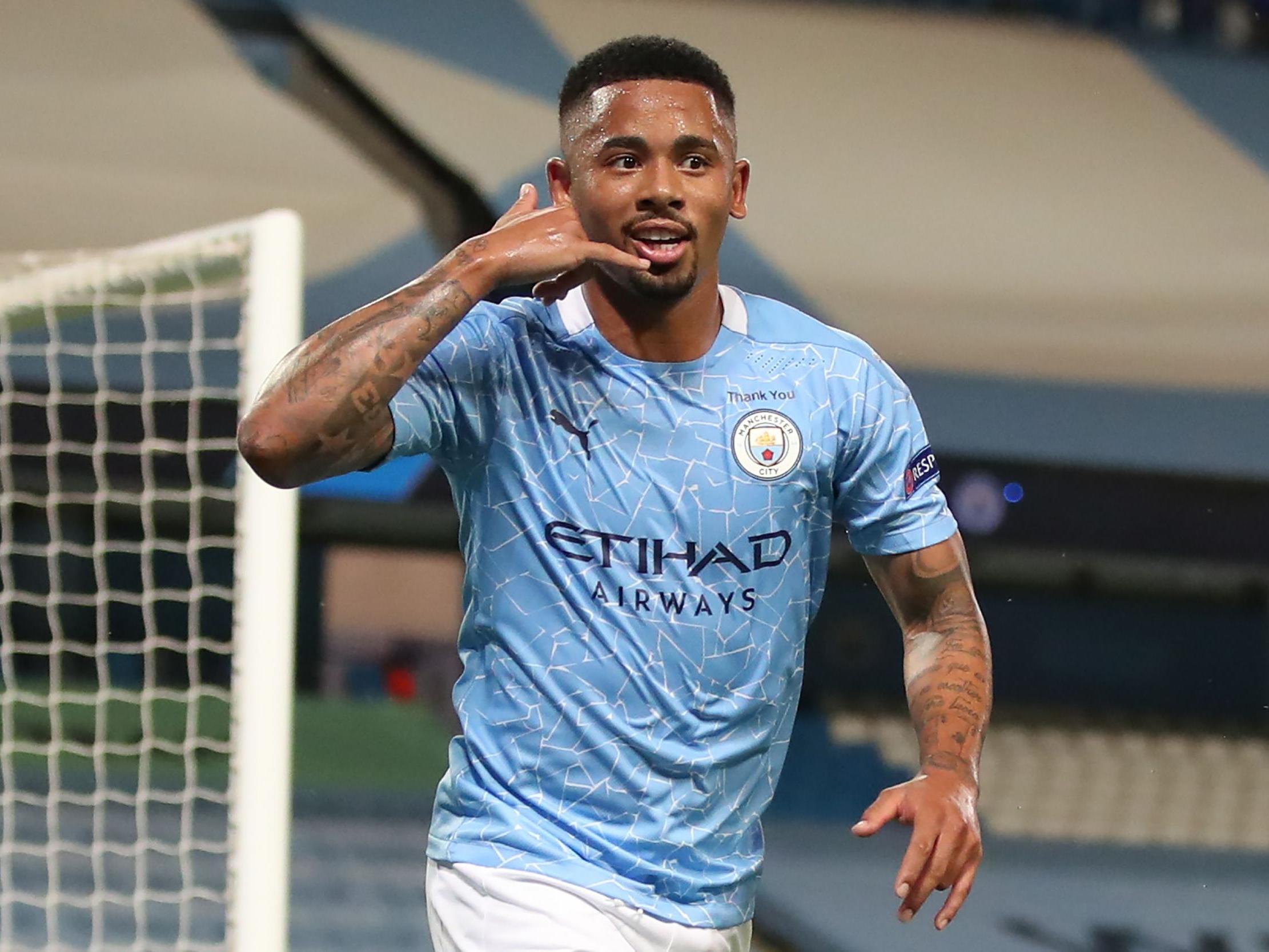 The aggression of such an approach naturally leaves gaps in behind, but that didn’t feel a risk while they were 3-1 up and clearly the better team.

Then… the feel changed.

Benzema plundered that header, and we were suddenly in a totally different situation. That’s the effect of an away goal. That’s the rarefied air of the Champions League.

City suddenly had much more to lose. One more goal conceded and it was level and leading to extra-time, with the mental weight of that only amplified by the fact any Madrid goal would be another away goal.

That’s why it was such a particular dilemma for Guardiola as well. The pressing he so idealises no longer ran the risk of leaving gaps, but potential trap doors that City could easily fall through.

But Guardiola held his nerve. His team held their line. They didn’t resort to the kind of reserved possession that actually invites pressure, starts to foster doubt, and has cost City in the past – not least against Liverpool and Tottenham Hotspur in this competition.

The latter is what City look like, now even more so.

It’s a feeling only amplified by the fact they’re facing Lyon rather than Juventus.

Even that side of the draw has opened up, although not as much as City repeatedly opened up Madrid. Courtois prevented it from being much worse. City were that much better – maybe the best team left in the competition. Lisbon awaits, and maybe glory too.