Manchester City release limited-edition shirt dedicated to Sergio Aguero’s famous winner against QPR to mark the 10th anniversary of their 2012 Premier League title triumph, embedded with images of the iconic moment and timestamps of his last-gasp goal

Aguero provided one of the Premier League’s most iconic moments on 13 May 2012, when he fired home a stoppage-time winner to crown City champions in the most dramatic of circumstances.

Needing a final-day win against QPR to seal the title, Roberto Mancini’s side looked to have blown it when the visitors stormed into a 2-1 lead with just over 20 minutes remaining. 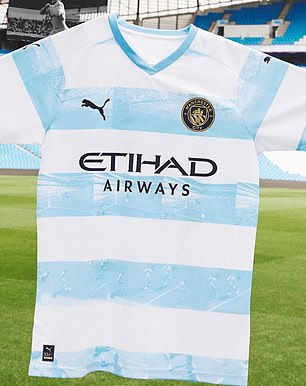 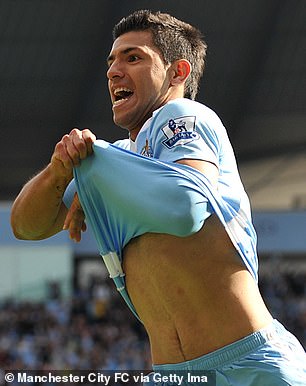 That was before City produced a stunning late turnaround to rescue the title, with Edin Dzeko first heading in an equaliser after 92 minutes before Aguero converted his last-gasp winner just over a minute later.

It remains a truly legendary top-flight moment, and ahead of the 10-year anniversary City have released a limited-edition shirt to commemorate it.

With the help of kit manufacturers Puma, City have put together a special jersey which features light blue and white hoops – a tribute to Aguero’s native Argentina – as well as navy and gold detailing.

Footage of the goal is also embedded into the fabric of the shirt, with each image inside the light blue hoops telling the story of one of City’s greatest ever moments.

It also includes the timestamp of Aguero’s goal – 93:20 – on the neck along with a unique number located on the waistband, while the name and number on the back of course reads: ‘Agueroooo – 10’. 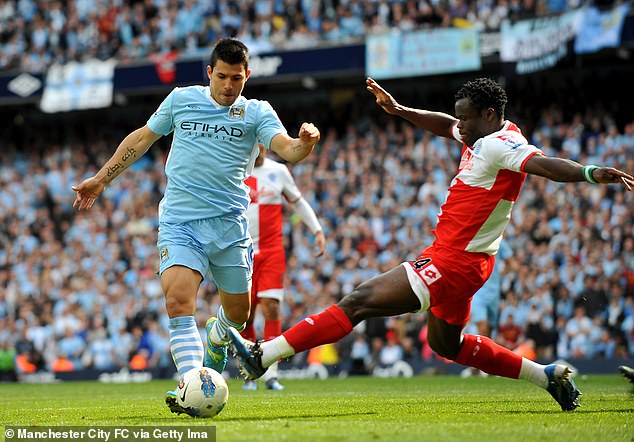 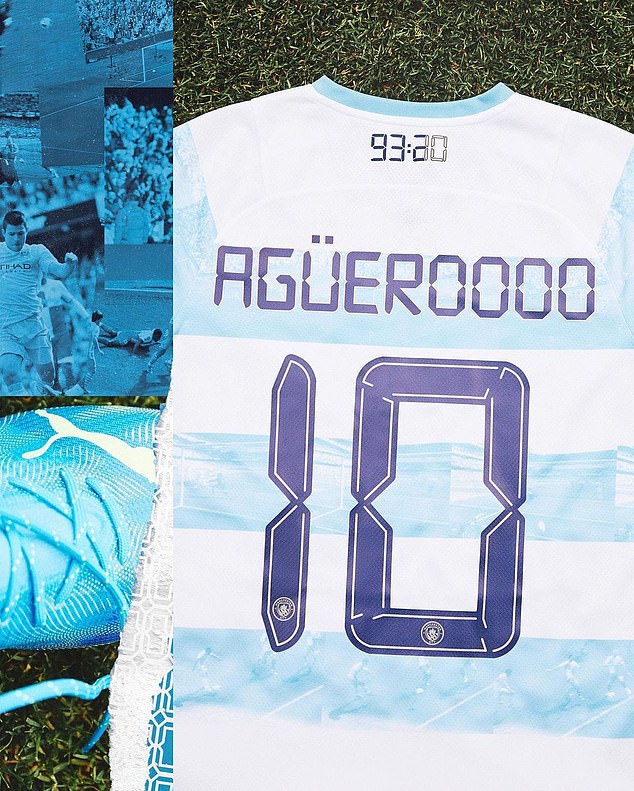 Ahead of the 10th anniversary, City and Puma have released this limited-edition jersey 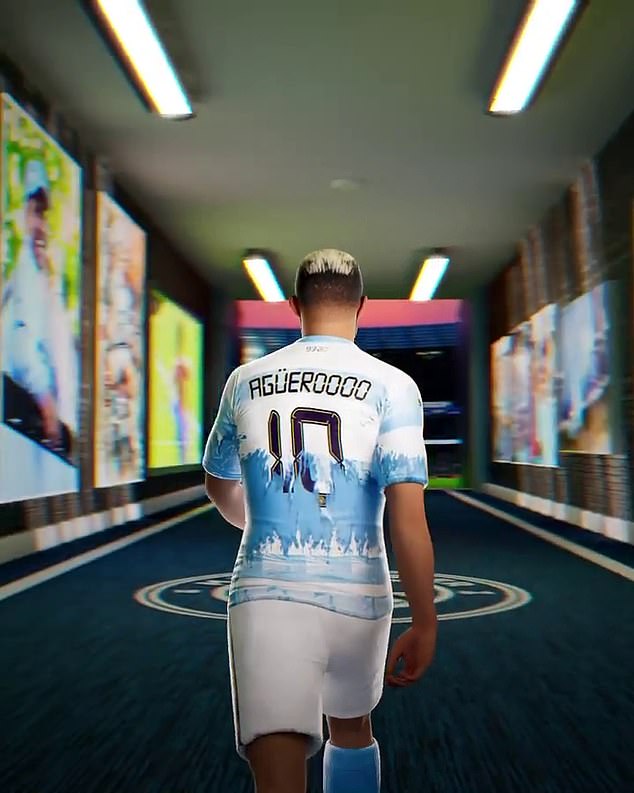 City stars will wear the commemorative jersey prior to their clash with Newcastle at the Etihad on Sunday afternoon.

As well as the shirt, Puma has also paid tribute to Aguero’s goal by designing special-edition ULTRA football boots designed with the same colour palette of the original PUMA v1.11s he was wearing on the day.

Only 120 pairs of the Nrgy Blue and Green Glare boots, which integrate Martin Tyler’s memorable ‘Manchester City are still alive here’ commentary with custom 93:20 graphics, have been created.

Puma is also set to release a special edition NFT with City which is due to be announced over the next week.

City’s limited-edition pre-match jersey is available exclusively to Season Card Holder and Members from May 13 at the City store and Official Online store.

The 93:20 ULTRA boots will also be available at the City store from the same date. 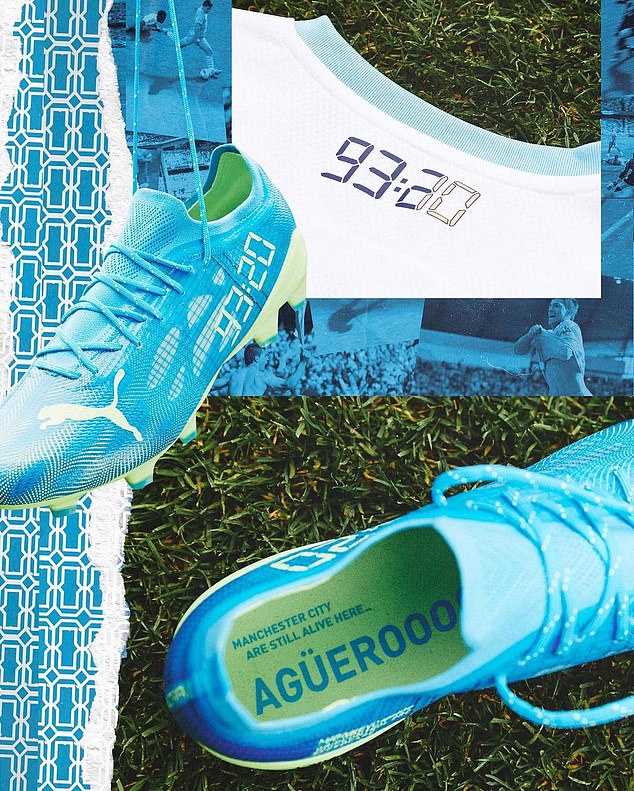