Manchester City ace Kevin de Bruyne believes the Premier League ‘must’ be cancelled to protect the safety of players. That would be bad news for Liverpool who were 25 points clear at the top of the table when the game was suspended indefinitely.

De Bruyne believes if players return and are forced to pack fixtures into a short amount of time injuries will follow.

The Belgium international has impressed this season with City still in the running in both the FA Cup and Champions League.

But De Bruyne insists the best decision would be for the current campaign to be voided to avoid problems in the future.

That would be a massive blow to Liverpool who were just two wins away from winning their first Premier League title in 20 years. 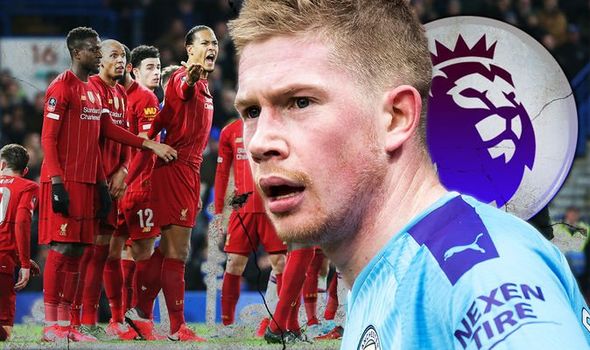 “I have no idea if we will still play,” said De Bruyne.

“In England, they want to wait as long as possible with a decision.

“But, as a footballer, that is not evident. You’re idle for six weeks, normally you need a preparation of three to four weeks.

“If we restart immediately, everyone will be injured after a few games. That cannot be the intention.

“There’s a lot of money involved and I think waiting so long to make a decision can cause problems for next season.

“It’s not that we have a very long summer break and can just postpone everything.

“I would be sorry to stop early after such a good season, but if it avoids problems towards next year, it must be done.”

De Bruyne, 28, revealed he has been self-isolating at home after his young family fell ill, but is unsure if they had coronavirus or not.

“My youngest son has been ill, then my oldest son, then my wife,” said De Bruyne. 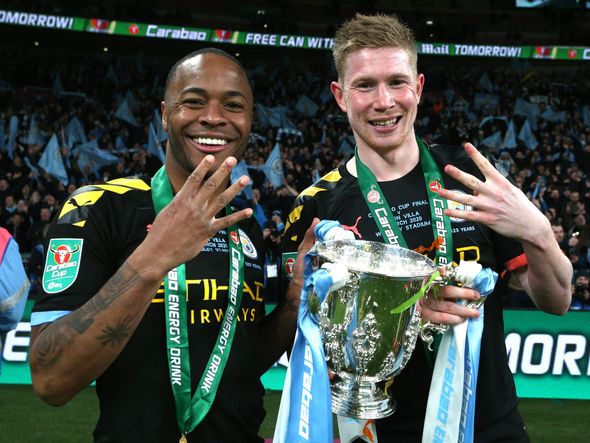 “There were some symptoms, but I have no idea if they had the coronavirus or not. We self-isolated and now everyone is fine again.”

De Bruyne has been sensational for City this season, netting nine goals and providing 20 assists in all competitions.

But that has not been able to help Pep Guardiola’s side keep the pace with Liverpool in the top flight.

Jurgen Klopp’s side have been imperious losing just one match to Watford in the Premier League so far this season.