Phil Foden is becoming frustrated by the lack of regular game time handed to him by Manchester City manager Pep Guardiola. Foden has started just one of City’s last 10 Premier League matches and his situation has alerted Real Madrid to the possibility of a transfer.

The England midfielder has netted five goals in 18 appearances across all competitions for City this season, but he is yet to establish himself as a first-choice starter under Guardiola.

Despite impressing in the 4-1 EFL Cup win over Arsenal on December 22 and scoring the only goal in the 1-0 away victory against Olympiacos last month, Foden has been an unused substitute in three of City’s past five Premier League games.

Throughout his time as City manager and with previous clubs Bayern Munich and Barcelona, Guardiola has been known to favour a rotation policy in selection.

However, while Foden respects his manager and still views City as the best place for his development, he is reportedly becoming irritated by the minimal involvement recently. 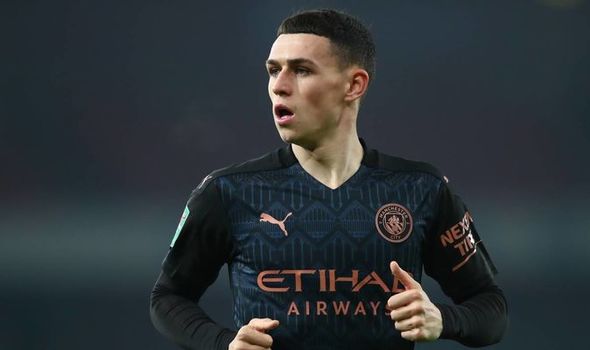 The Telegraph report that Guardiola’s comments after the win over Arsenal, in which Foden scored, has heightened concerns that he is not considered ready to start regularly.

“Phil has an incredible energy but in the final decision, the final pass, he has to slow down a little bit,” Guardiola said.

“In the final third, especially in the box, the top, top players have patience. They have this second of time or half-second of time to be disposed to take a decision.”

Foden was a late substitute in City’s comfortable 2-0 league win over Newcastle United on Boxing Day and has played just 172 minutes in the Premier League since starting in the 1-0 win against Arsenal at the Etihad Stadium on October 17. 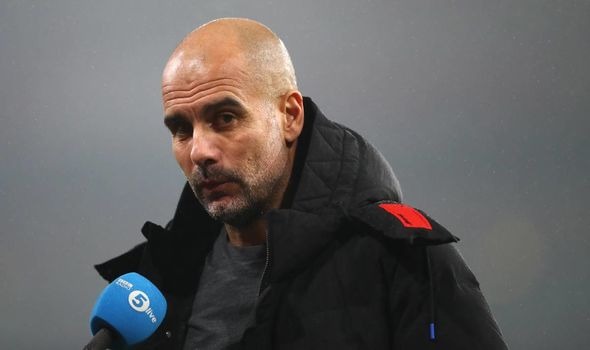 The 20-year-old came through the club’s academy and reportedly remains committed to the cause, but his recent dissatisfaction will only encourage potential suitors.

One of those is Real Madrid, with The Mirror reporting that the 13-time European champions are eyeing a move for a player they consider to be one of the best young talents in world football.

Guardiola spoke of his appreciation for Foden ahead of the win over Newcastle, but it seems he may now have to reaffirm his backing of the young midfielder.

“We love this guy, he has everything to be really special,” Guardiola said.

“I want the best for him and if he has the desire to do it, then he will get there for sure.”

Related posts:
Basketball News:
Jorginho astonished by what Thiago Silva did in training ahead of Leicester vs Chelsea
Owen spots "extreme" Salah problem amid Liverpool’s struggles in attack
Bristol City 2-0 Preston: Robins ease to victory at Ashton Gate
MLB News:
Notre Dame placed on probation for one year
Rashard Higgins’ controversial Browns fumble stirs a debate: What is the worst rule in sports?
‘St Kilda schoolgirl’ spills on AFL scandals, has been to ‘hell and back’
Recent Posts
This website uses cookies to improve your user experience and to provide you with advertisements that are relevant to your interests. By continuing to browse the site you are agreeing to our use of cookies.Ok