Home » Soccer » Man City vs Liverpool result: Five things we learned as Reds earn a point to leave City in bottom half 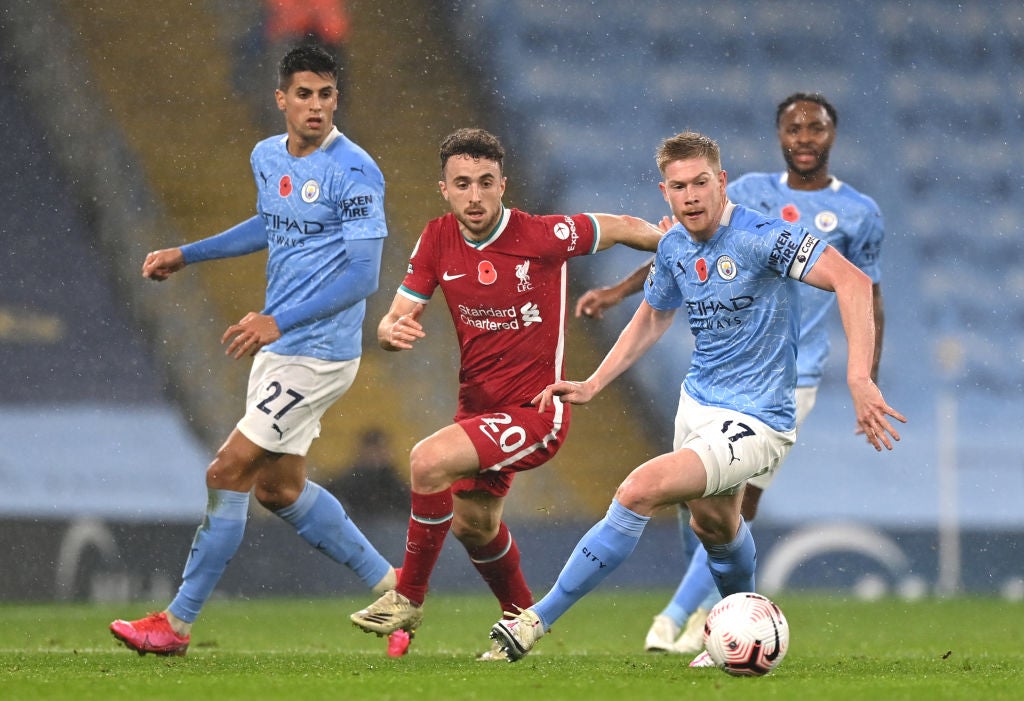 The speed of both teams committing players forward immediately after winning possession, and their ability to exchange passes and open up scoring chances, showed precisely why they have been the best two in the land for the past three years.

City took a while to get to grips with matters in midfield, but after a switch in Rodri’s positioning they were able to find him with the first ball out of defence more often and overwhelm the Reds in the centre.

For their part, Liverpool roared forward with four or more after winning the ball in midfield, winning their penalty and fashioning chances aplenty by speed and intelligence of movement.

These are comfortably the best teams in England in transition and while the second half didn’t live up to the power and pace of the first, it was still an overall exhibition as to why the rest of the league so frequently succumbs to defeat in the face of these rivals.

There are so many of them that it seems game-to-game we get Premier League fixtures with at least one potential England right-back playing, but here were two of the foremost options.

Kyle Walker seems more perceived as a third centre-back option for Gareth Southgate, but one of his last England outings saw him give away a penalty – and the same occurred here with a fairly needless and obvious foul.

Even so, he might feel his opportunities are boosted somewhat – as Trent Alexander-Arnold went off injured.

It wasn’t the Liverpool man’s best outing of the season, but with Virgil van Dijk already missing from the back line, their creative outlet being sidelined with an apparent calf injury will only make matters more difficult – and Southgate will presumably now turn to Reece James first across the next two weeks. 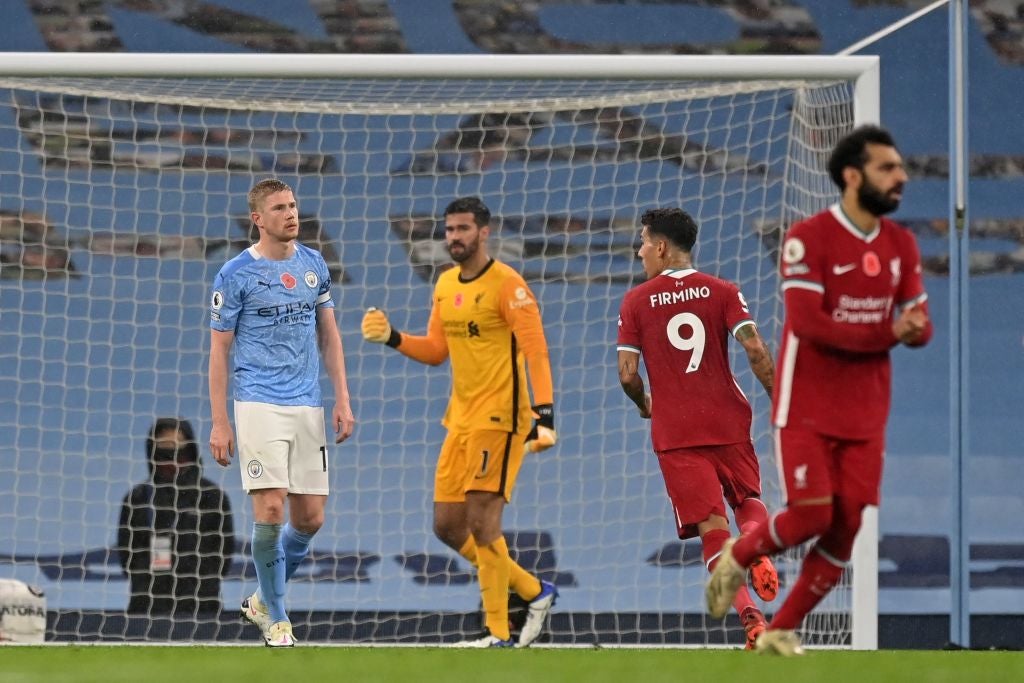 Liverpool went into the weekend’s games top of the table, only for Southampton to usurp them Friday night.

Then Tottenham took over as leaders for all of two hours – with Leicester then making good on their own start to the season by becoming leaders ahead of this titanic tussle at the Etihad.

The Reds couldn’t quite get themselves back to the top with a win of their own, but sitting a point off first, with leaders Leicester to play at home next and their hardest game of the season already out the way – Jurgen Klopp will likely see all that as a fair trade for the 1-1 draw.

City have a lot of ground to make up, but they do at least have the game in hand to look forward to, if another game to fit somewhere in the schedule can be viewed as a positive.