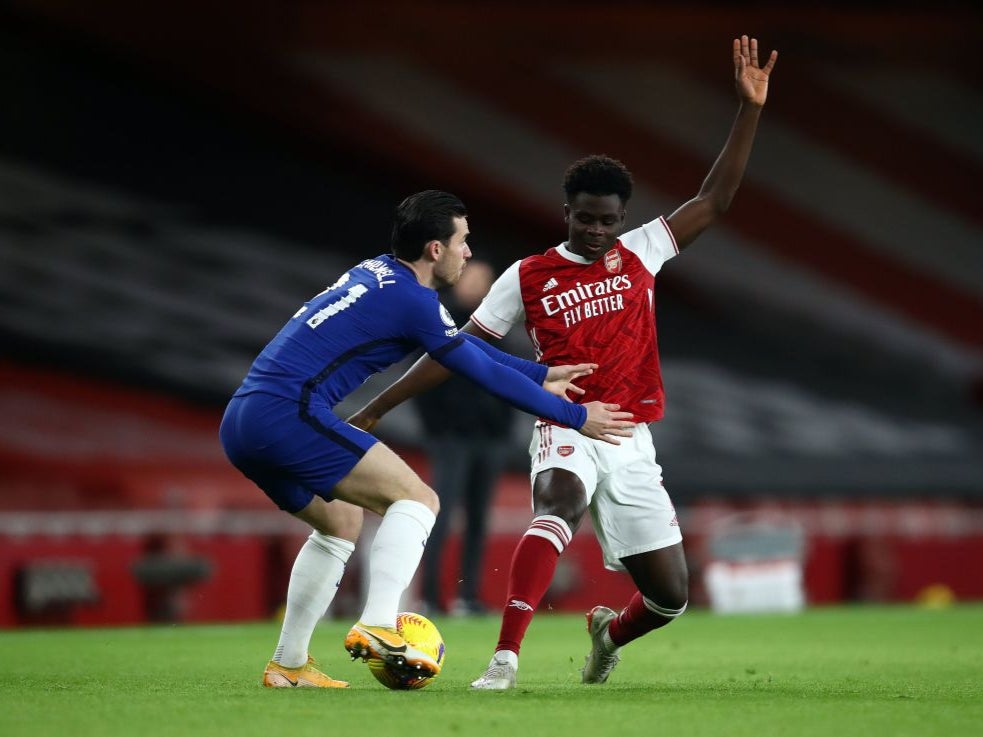 It’s a lovely Christmas present for the Gunners who claim their first victory in eight league games. It’s their first home win for three months. That means Arsenal move up to 14th and Chelsea miss out on the chance to go second.

90+5 mins: Full time. Arsenal have done it. They’ve taken on Chelsea and claimed the three points. They were the better side for the majority of the game with Chelsea looking sluggish, slow and bereft of creativity. The visitors got better in the final 10 minutes when they were forced to play with some urgency but it wasn’t good enough to challenge Arsenal.

90+2 mins: There’s five minutes of added time to play as Lacazette is replaced with Mustafi for Arsenal.

90+1 mins: SAVED! Jorginho steps up to take the spot kick. He sends it to the goalkeeper’s left and Leno leaps across and stops the ball with one hand.

90 mins: Penalty to Chelsea! Mount takes the ball into the area, Mari comes across and hacks him down.

88 mins: A Chelsea corner is swung in by Mount but Pepe is able to run it out of the box and send out for a throw in on the right wing. Arsenal look a little nervous now.

85 mins: GOAL! Pulisic runs into the with the ball and lays it off to Hudson-Odoi. He whips a cross into the middle and Abraham chests the ball into the back of the net. There’s a VAR check as Abraham is originally flagged for offside but the replays show he’s just stayed on. Chelsea get one back.