Manchester United and Real Madrid have received a boost to their hopes of signing Ajax star Donny van de Beek as the midfielder’s agent has explained how a potential transfer is on the cards.

Guido Albers, who represents Van de Beek, did not name any clubs specifically but he revealed several outfits have made contact regarding a summer deal.

The Ajax star is expected to move for a reasonable fee of around £50million.

United have been linked with the 22-year-old and could make a move should they sell Paul Pogba at the end of the season.

Likewise, Real are considering a swoop for Van de Beek as he is a cheaper alternative than signing Pogba themselves.

“There is interest – and that is also known – for a long time and from several clubs,” Albers said. “We will see what will eventually come out of that in the coming weeks.Ajax has always been very nice towards Donny.” 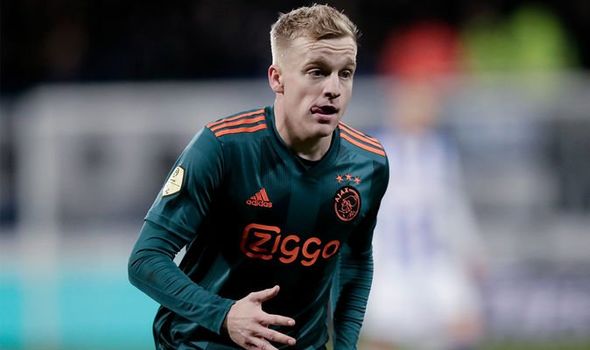 “The situation will have changed in each club and we have to look at that.

“The positive thing for Donny is that he is still very good everywhere. For Donny, the most important thing is – and he has always said – a choice based on his feeling.

“He did that last year and will continue to do so this summer. Don’t forget that Ajax is still the club where he came to as a young player.

“It is not a punishment to play for Ajax. He will also include that in his consideration.”

Ajax will not play hardball this summer and have given the players assurances that he can leave.

Van de Beek is under contract until 2022 but that will not stand in his way over a potential exit. 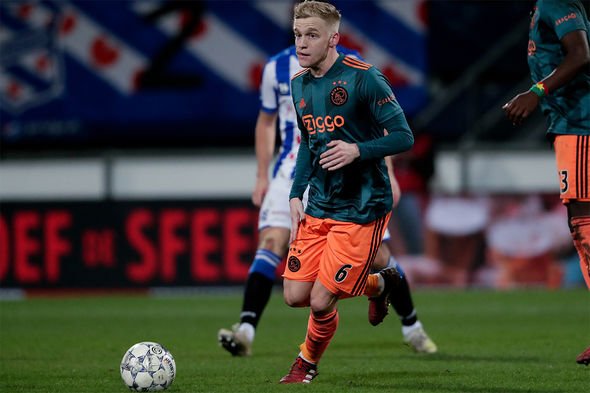 “I think Ajax has been very real and has always been good for Donny in order to make a possible transfer,” Albers added.

“The amounts they are asking for are very real. They did this very nicely, from Edwin [Van de Sar] and Marc [Overmars].

“We are, of course, very pleased with that. I do not think their position changes, I do not expect any problems. I think