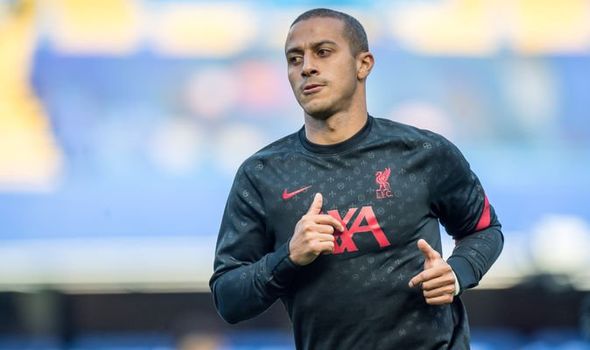 Manchester United, Arsenal and Chelsea all held interest in bringing Thiago Alcantara before Liverpool were able to sign the midfielder this summer, it has been claimed.

The Reds last week struck a £25million agreement with Bayern Munich, which will see them pay £5m a year for four years with another £5m payable in add-ons.

Thiago had entered the final year of his contract at the Allianz Arena and was available at a cut-price fee despite having been man of the match in Bayern’s Champions League final triumph over Paris Saint-Germain last month.

But Raphael Honigsten insists despite his appeal, Anfield was his only destination this summer.

“I think there was some cursory interest, there might have been one or two preliminary talks or people just enquiring what the situation is,” Honigstein said on the Ornstein and Chapman podcast. 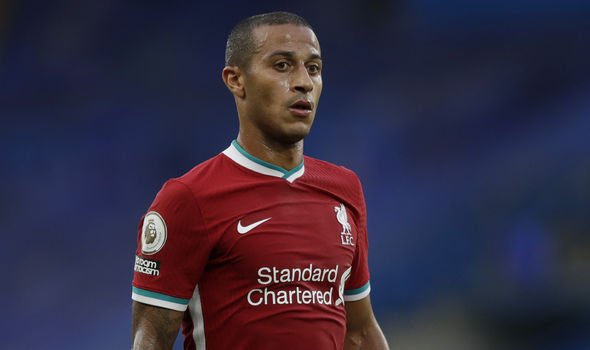 “I’ve always been told by someone close to Liverpool that they were always very, very confident that Thiago had decided to go for them and it was just a case of striking a deal between Bayern and Liverpool.

“There might have been a few flirts, a few people sniffing around, but it looked like Liverpool was always going to be the most likely outcome.”

Thiago produced a strong showing against Chelsea on his debut on Sunday despite having just one training session with his new team-mates prior to the trip to Stamford Bridge.

The 29-year-old replaced the injured Jordan Henderson at half-time and dictated the play against the 10-man Blues, breaking the record for the most successful passes in 45 minutes since Opta records began in 2003-04 with 75.

PREMIER LEAGUE ON TV: Get NOW TV Sky Sports season pass and save 25 per cent

Premier League done deals: Every confirmed transfer from the summer window so far

That was also 16 more than any Chelsea player on the pitch, even those that played the full match, but Thiago could have been setting the tempo for the Londoners in other circumstances.

“All the reports and all the things I’ve been told are pretty consistent that he had his mind made up that he was going to go to Liverpool.

That’s because The Athletic’s David Ornstein says Chelsea were among three Premier League teams alongside Arsenal and United to have shown interest in Spain international Thiago before this summer.

“My background on that point is that in the past there’s been plenty of interest from the likes of Man United, that was well documented, also Arsenal and Chelsea at various points,” he said.

“This time around as Raf said, I think it was only really Liverpool in the frame.

“I think there was some lobbying from David de Gea on international duty for Thiago to come to United and there may even have been a conversation with Ole Gunnar Solskjaer at some point.

“It’s not a position United have been looking to fill this summer and so once Liverpool missed out on Timo Werner, in June, that’s when this started to gather pace. 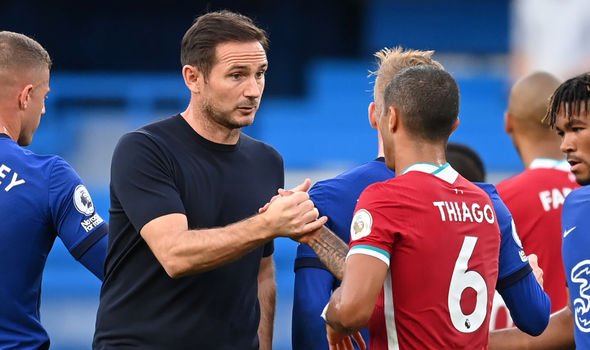 “It was very clear from Thiago that he wanted to join Liverpool and work under Jurgen Klopp despite in the past he and his wife would have been very keen to come to London.

“When it initially came up, the people around him were a little bit surprised that he would be moving to Liverpool but the idea of playing for them and working with Klopp was appealing and something Klopp was absolutely up for doing.

“And it was just about striking the right deal in the end.”