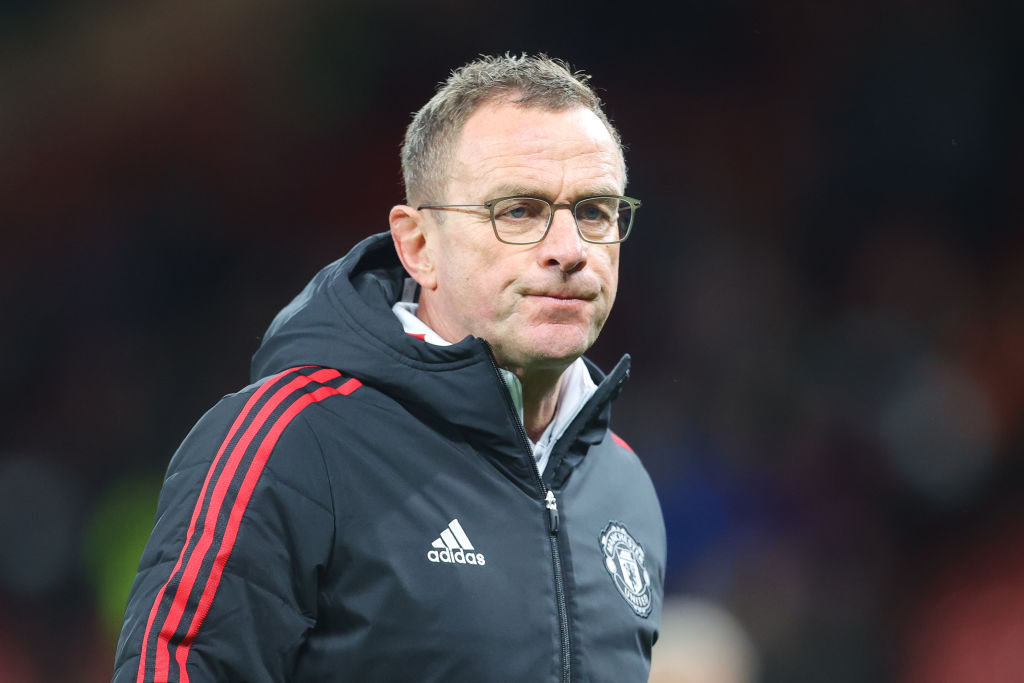 Roy Keane hasn’t needed much encouragement to criticise Manchester United’s squad in recent years and it can be easy for supporters to tire of his seemingly-constant disapproval, given few are spared his condemnation. When all you have is a hammer, everything looks like a nail and even on the rare occasion that Keane has passed praise on a United player, it’s often been tempered with a warning.

But the Premier League hasn’t known a keeper of standards quite like Keane and if there’s a pundit qualified to pass judgement on mentality/attitude, then it’s the Irishman. It’s why Keane’s words following the sacking of Jose Mourinho over three years ago still stand today and why the players – the one constant during the failure of recent years at Old Trafford – are truly to blame for the club’s demise.

‘These are the same players who threw Mourinho under the bus. They’ll do the same to Ole. Leopards don’t change their spots,’ said Keane in December 2018.

Keane couldn’t be accused of chopping and changing opinions on the matter, reiterating towards the end of Solskjaer’s tenure that the players are to blame.

‘There are too many bluffers, and ultimately these players will cost Ole his job. The players he has got there, they threw the previous manager under the bus, and they will do the same to Ole,‘ said Keane.

Solskjaer left no room for error this summer by signing the likes of Jadon Sancho, Raphael Varane and Cristiano Ronaldo. No longer could the Norwegian talk about ‘building’ a squad, with the focus instead switching towards delivering silverware in his third full season in charge.

That results collapsed so dramatically at the start of this campaign was seen as Solskjaer’s failure, with United’s board deciding after defeat to Watford in November that the Norwegian had been given long enough to get the most out of a squad that is the second most expensive of all-time.

But, though results have improved under Michael Carrick and Ralf Rangnick, performances have remained dire and Monday’s defeat against Wolves bore all the hallmarks of previous spells of failure.

‘We didn’t play well at all individually or collectively. Today we showed similar problems the team had three or four weeks ago before I arrived. It is not an easy job to develop a DNA with and without the ball,‘ said Rangnick.

The atmosphere at Carrington towards the end of Jose Mourinho’s era was described as ‘the worst in memory’ by one player at the time but the mood has taken another nosedive under Rangnick, with the German failing to convince the squad that he’s the man to turn things around at the Theatre of Dreams.

But that’s precisely the problem. Where once such player power at the club was unimaginable, United’s squad now resemble Roman Abramovich’s Chelsea, with the players indirectly dictating the destiny of the manager.

Chelsea have been successful throughout Abramovich’s reign, confounding popular opinion that the manager must be the most important figure at the club and that stability is the vital ingredient to success. But Thomas Tuchel has ushered in a new era at Stamford Bridge and the manner in which he’s dealt with Romelu Lukaku in the last week is a template for Rangnick and indeed the man that replaces the German this summer.

Not only would coming down hard on the under-performers aid Rangnick in the short-term but the 63-year-old can effectively start work on his consultancy role now by cleansing the dressing room.

The German has been hired because of his track record of building clubs from the bottom up and there’s no sense in waiting until the summer for a new manager to be appointed, particularly if the evidence is already there that certain players or personnel are not worth keeping.

Rangnick’s appointment was seen as a lifeline for the likes of Jesse Lingard, Donny van de Beek and Anthony Martial after the trio fell out of favour under Solskjaer but they remain determined to leave Old Trafford as the German continues to favour the likes of Ronaldo, Mason Greenwood and Scott McTominay.

The defeat to Wolves was Rangnick’s first since his appointment and already there are reports that the players are unhappy, that training is too gruelling and that there are deep divisions in the dressing room.

Some are already said to be questioning Rangnick’s credentials, while one player even had to Google the German to find out who he was following his appointment from Lokomotiv Moscow.

This is a figure that arrived with a world class reputation and a tactical mind that had acted as the blueprint for Jurgen Klopp’s managerial career. But any sense of a revival lasted for just half-an-hour in Rangnick’s opening game against Crystal Palace, when United pressed high and appeared to be taking on the advice.

There’s been no sign of progress since and the performances against Newcastle and Wolves were as bad as anything produced during the final months of Solskjaer’s reign.

That Phil Jones – making his first appearance for two years – was United’s best performer against Wolves speaks to a far wider problem that extends beyond the manager. This is a set of players that has been expensively assembled and consequently appeased at every turn. When Martial complained about playing on the left, he was given the no.9 shirt and played up front. When Pogba bemoaned playing in a midfield two, he was given less defensive responsibility in a left-wing role.

The players are out of excuses and though it’s cheaper to replace a manager than it is to discard of a set of players, United only have one choice if they’re to return to the top.

This time it’s not the manager that should be shown the door.