Manchester United have confirmed their 25-man squad for the Champions League group stages. The Red Devils entered transfer deadline day looking to do business for both outgoings and incomings.

Jadon Sancho was the club’s top target but Solskjaer had to settle for other signings on deadline day.

Donny van de Beek was United’s only signing heading into Monday, although deals for Alex Telles and Edinson Cavani were soon announced.

Three more deals were confirmed for young stars Willy Kambala, Facundo Pellistri and Amad Traore, although the latter will join in January.

A host of players were also made available to leave Old Trafford with Chris Smalling eventually sealing a permanent move back to Roma.

JUST IN: Ole Gunnar Solskjaer has indicated plan to move on one Man Utd star 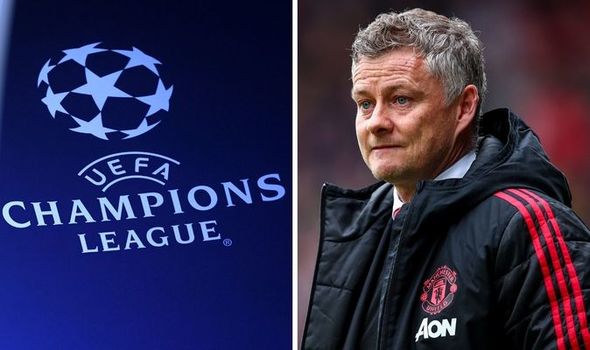 But players such as Marcos Rojo, Sergio Romero and Phil Jones were unable to seal moves away from United in time.

And the trio have been left out of United’s 25-man squad list for the Champions League group stages.

Romero has been United’s go-to choice in Europa over the past few seasons, but Dean Henderson’s return from loan has dropped him further down the pecking order.

Rojo and Jones meanwhile have long struggled to break into Solskjaer’s first-team plans and it appears as though that remains the same this campaign.

New signings Cavani, Telles, Pellistri and Van de Beek have all been included in the squad.

And Cavani, who was handed the famous No 7 jersey, could be in line to make his debut against former side Paris Saint-Germain on October 20.