Manchester United boss Ole Gunnar Solskjaer has admitted conversations with Paul Pogba regarding his long-term future at the club are being held, but he refused to confirm whether any progress has been made. Ever since returning to Old Trafford for £89million back in 2016, Pogba has faced questions about his future.

A large part of that has been down to countless public comments from his agent, Mino Raiola, who has previously attacked Solskjaer and recently stated that Pogba is “unhappy” at the club.

Pogba has so far refused to react to Raiola’s outbursts, which has attracted criticism from former professionals as a sign he may not be committed to the club.

United now face a big decision on what to do with Pogba this summer as his current contract expires in 2022.

And Solskjaer wasn’t prepared to disclose whether he was confident that United would fight to keep Pogba beyond his current deal. 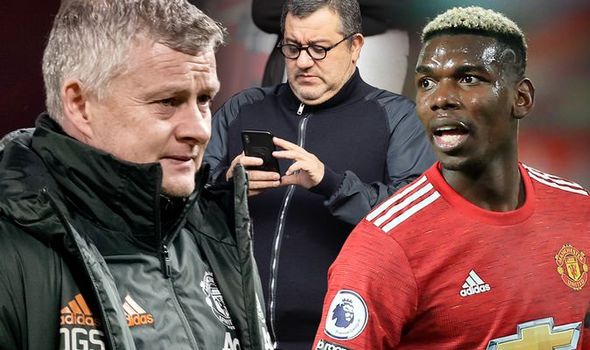 “Speculation about Paul is always going to be there,” said Solskjaer.

“We’ve got a good, open dialogue with Paul, so what we talk about and how we see that situation, remains between us.

“I’m just happy he’s focused, playing really well and he’s happy within himself. That’s important and you can see Paul enjoying football himself with a red shirt on.

“Our conversations remain private, of course. But Paul knows – for example, Paul is a Man United player through and through.

“He’s been here in two spells, he came as a kid and he’s learnt about the history of the club, the passion of the club he wants to do the best for Man United when he’s here.

“I think we’ve seen that, that he really cares for his team and he’s trying to be as successful as everyone else. But our conversations have to remain private.”

The United boss refused to take credit for Pogba’s upturn in form though, insisting the midfielder is reaping the benefits of hard work.

“I think you should ask Paul what he’s done,” said Solskjaer. “The answer is that Paul has really knuckled down, he’s worked hard, he’s got his fitness back.

“I’ve said this many times, he had a bad season last season with injuries, he had COVID-19 this season and an injury. 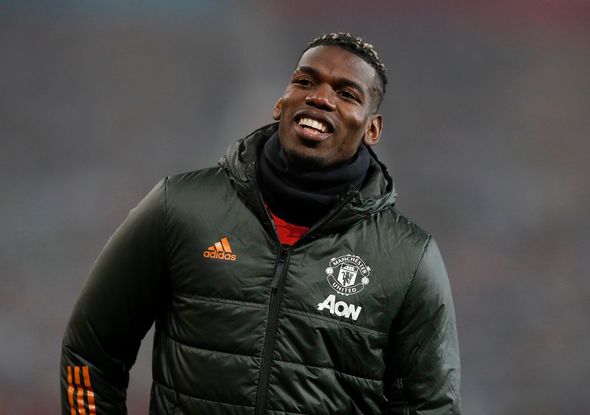 “But he really works hard and is playing in a team that plays well. He’s a big inspiration for everyone.

“He always has a big smile – well, not always a big smile, because in training yesterday, when his team lost, you can see how that affects him and he wasn’t happy.

“But today is a new day and he is ready to go again tomorrow.”

Solskjaer also praised United’s transfer business over the past 18 months which he believes has seen a host of players step up to the challenge of more competition for places. 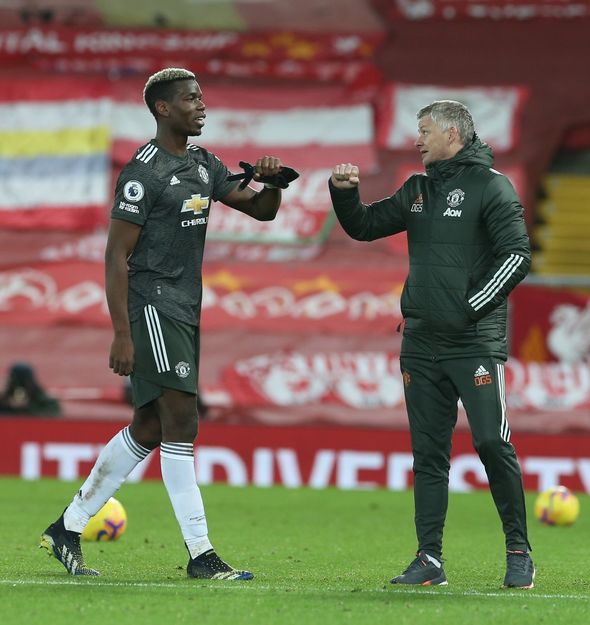 “I think it’s a sign of a Man United player that takes on the challenge of competition, because if you can’t deal with competition and you want to be successful, you’re at the wrong place,” said Solskjaer.

“Nobody is guaranteed a place in the team like a season-ticket card here – you’ve got to perform to be part of the success of Man United.

“I’ve been part of it myself with strikers coming in and you’ve just got to take the challenge head on.

“We’ve signed players we believe in, but that’s also kicked some of the other players up the backside to perform and to make sure they keep performing.”