Manchester United boss Ole Gunnar Solskjaer is still refusing to give up on the Premier League title, despite dropping two points at Leeds on Sunday afternoon. The Red Devils are now 10 points adrift of their noisy neighbours, who faced Tottenham in the Carabao Cup final on the same day.

United failed to capitalise though and close the gap, meaning their very faint title hopes are now close to evaporation.

Yet still, Solskjaer wants his side to fight all the way to the end, suggesting that United are still in the race despite the sizeable gap at the summit.

“We have to win every single game to put pressure on City,” Solskjaer said.

“This is two points dropped that makes them very safe. But we push on. 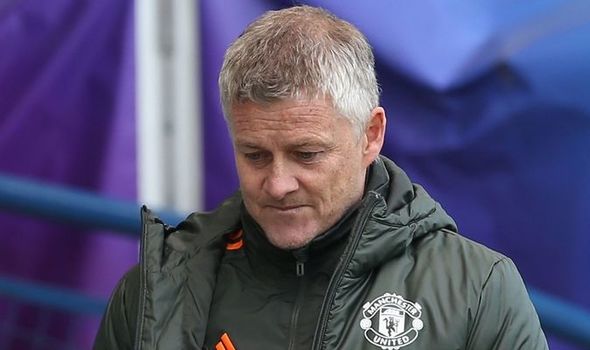 “We have two semis coming up and Liverpool in the middle.”

City could be crowned champions next weekend if they beat Crystal Palace and United lose to Liverpool.

The Reds are in desperate need of all three points after their disastrous 1-1 draw with Newcastle on Saturday.

Pep Guardiola does also have a Champions League semi-final to prepare for though.

The match against Palace is sandwiched between both legs of their last four showdown with Paris Saint-Germain.

Solskjaer has joked before today’s encounter with Leeds that the game would not finish 0-0.

There were eight goals in the first meeting between the two sides in December as United won 6-2.

He was made to eat his words after the game though, as United turn their attentions to the Europa League semi-final with Roma. 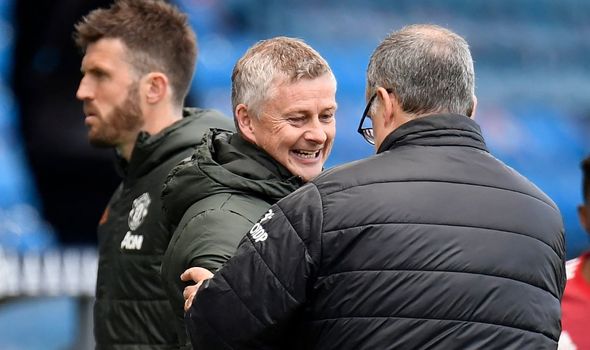 “There are no guarantees in football, that’s for sure,” Solskjaer laughed.

“I thought we played well, dominated the second half, just didn’t have the ball to fall correctly for us in the moments we had… It was a good game of football.

“You have to prepare well for Leeds to earn the right to play and dominate. I felt we did that.”